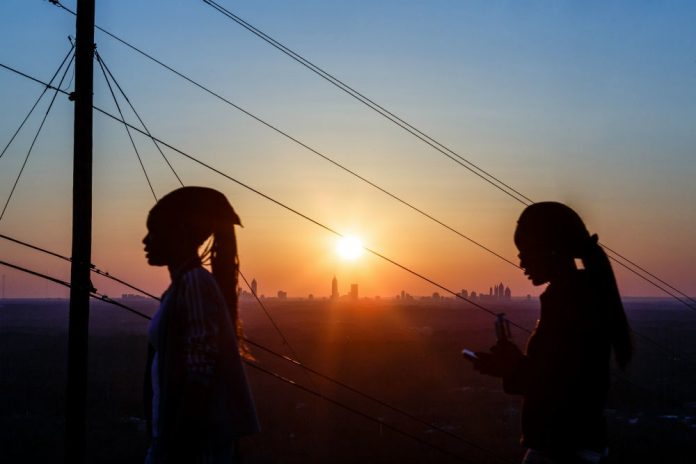 The VICE Guide to Atlanta

It’s easy to be skeptical of a national media outlet parachuting in to create a guide for a city it doesn’t really know. Though VICE’s city guides haven’t always been well received (See: Chicago), the New York publication hired a talented team of local writers and photographers to explore the ATL. Come for the words, stay for the Ponce de Leon documentary:

It’s an ATL-official language rule to address more than one person with the gender-neutral “y’all.” There’s enormous ethnic diversity, which makes for interesting neighbors as well as a stacked bill of highly dope, authentic non-American cuisine. Atlanta, despite its home in the country’s stereotypically conservative and sometimes-backward Southeast pocket, boasts remarkable inclusivity.

As a relatively inexpensive metropolitan hub, the place is flooded with artists hailing from all over the Southeast and the globe. Combine that with viable city funding for public art projects, and you get expansive, well-done (and well-compensated) murals spanning both DeKalb and Fulton Counties. Atlanta is “Southern” in cool and logical ways, in that most people are nice enough, and it’s located in the Southern part of the country.

As a whole, Atlanta is an anomaly within Georgia. It’s politically liberal and full of folks marginalized in more rural parts of the state—which basically translates to very queer-friendly. If you were weird somewhere else in the state, you’re chill in ATL.

In talking with dozens of Republicans, including some in Georgia, Confessore takes a thorough look at how the G.O.P.’s leadership lost its grip on working-class voters over the past decade:

The manufacturing executives had gathered in an Atlanta conference room last year to honor their senior United States senator, Johnny Isakson, for his tireless efforts on their behalf in Washington. But as the luncheon wound down, Mr. Isakson found himself facing a man from Coweta County. The man, Burl Finkelstein, said trade policies with Mexico and China were strangling the family-owned kitchen-parts company he helped manage, and imperiling the jobs it provided. Mr. Isakson politely brushed him off, Mr. Finkelstein recalled, as he had many times before.

So when the Georgia primary rolled around this month, Mr. Finkelstein, along with many others in his town, pulled the lever for Donald J. Trump, who made him feel that someone had finally started listening. “He gets it,” Mr. Finkelstein said in a recent interview. “We’ve sold ourselves out.”

As the Republican Party collapses on itself, conservative leaders struggling to explain Mr. Trump’s appeal have largely seized on his unique qualities as a candidate: his larger-than-life persona, his ability to dominate the airwaves, his tough-sounding if unrealistic policy proposals. Others ascribe Mr. Trump’s rise to the xenophobia and racism of Americans angry over their declining power. But the story is also one of a party elite that abandoned its most faithful voters, blue-collar white Americans, who faced economic pain and uncertainty over the past decade as the party’s donors, lawmakers and lobbyists prospered. From mobile home parks in Florida and factory towns in Michigan, to Virginia’s coal country, where as many as one in five adults live on Social Security disability payments, disenchanted Republican voters lost faith in the agenda of their party’s leaders.

Read: How the G.O.P. Elite Lost Its Voters to Donald Trump

Nearly 9 out of 10 of metro Atlanta’s low-income residents live in the suburbs. WABE’s Sweeney examines the shifting face of poverty throughout the region:

Carole Williams wasn’t at all sure at first that she wanted to be part of this story. “I didn’t recognize that I was living in poverty until you called and said, ‘Oh, we’re doing a story on that,’ and I’m like, ‘Oh, you are, so what’d you call me for?’” After saying this, Williams offers up a big congenial laugh. “Poverty” just isn’t a word she identifies with. She points out that she and her niece live on a nice, suburban street, in a nice house … She pauses. “Without a lot of furnishings, or comforts that we’d like to have.”

Indeed, the walls are bare, and there’s little furniture in this house on an Austell cul-de-sac, where she’s lived for the past 13 months. Still, she insists that she doesn’t feel impoverished. This is why it demoralized her when she recently had to make the 12-mile drive to Marietta to apply for food stamps. “Because, um, it’s emotional,” she said. “It’s more than just paperwork. It’s the dramatization of, you know, ‘This is where you’re at.’ The whole tone of ‘I’m needy’ doesn’t sit well on your identity. Not me, anyway.”

Williams used to help other people apply for food stamps. It was part of her job as a New York social worker. She lost that job when her only daughter died—and she fell into a depression. That’s what brought her here to live with her niece in January 2015. Before then, she was making a fair income, and going to work every day. She pauses and shakes her head. “I know who I am, and I know where I’m supposed to be,” she says. “I’m still living in adversity.”

On February 12, College Park resident Marquez Tolbert was sleeping in his mother’s living room with his boyfriend. Without warning, Martin Blackwell, his mother’s boyfriend, poured boiling water on them, causing second- and third-degree burns. In an op-ed, Washington explains why the young gay couple needs more than justice as the victims of a hate crime:

While this attack is atrocious and demands our attention it is not without precedent. It is not far removed from the practices and beliefs of many who find it objectionable. It is shocking yet not exceptional in a society where the brutalization of queer, female, black and brown bodies is shockingly acceptable. What do we expect will result when millions who would never choose a boiling pot, nevertheless, could “X away our right to life” at the ballot box without a second thought? When we choose to cast Blackwell as a monster because his act was monstrous, we deny him his humanity as he did his victims, and we ignore the conspiring patterns that make such acts inevitable. From the state sanctioned shootings of Black people to the savage murders of transgender women, from our chronic disregard for the poor, to the cruel treatment of gays come high noon every Sunday, from the ways we train our boys to fight rather than love to our disdain for those deemed as different, our culture dictates who is valued, and who is without value and may be discarded. This does not absolve Blackwell from his responsibility. It does call us to apply a keener understanding of social accountability.

Public outcry has demanded Blackwell ‘s action to be categorized as a hate crime but despite attempts by State Senator Fort and others supporters; Georgia is one of 5 states that has no such laws. The FBI is investigating the case to determine if Blackwell can be prosecuted under the federal Hate Crimes Prevention Act. Given its profound flaws, I have mixed feelings about our reliance upon an imminently racist criminal justice system as the primary vehicle to bring about justice. I believe that Blackwell deserves punishment for his deeds and his flagrant self-endorsement that followed. I question if increased sentencing actually serves as a real deterrent. Will it deter the cultivation of similar predispositions among other boys and men? Will it stop us from breeding more men to use violence as a tool to intimidate and control others? How will it stunt the taproots of anti-LGBT hostilities? Will the gratification derived from Blackwell’s punishment curb our desire for transformation beyond retribution? Will it enable us to continue ignoring the broader complicity of our norms?

As new reports rapidly spread through social media, people have donated thousands of dollars through fundraising campaigns for each young man. Our response must prioritize healing the physical and emotional scars both will bear for years to come. Long after this story cools, Talbert and Gooden will still need support including physical therapy, counseling, job linkage, and the loving care of family and friends.

Earlier this year, 24-year-old Old Fourth Ward resident Park Cannon won a special election for a state House seat. The queer black millennial hopes to change things for the better in the Georgia Capitol, an environment not exactly known for its inclusivity:

Cannon is young. She is a black woman. She is queer. That’s what Democratic Rep. Karla Drenner said makes Cannon’s perspective special to the Georgia Democratic caucus. “She definitely looks at the world differently than most members,” said Drenner, who is also an openly gay lawmaker. “The difference is that she identifies with the word ‘queer.’ I think that’s generated some discussion because a lot of members have no clue what ‘Q’ means.”

Cannon, 24, said she made the decision to identify as queer because it’s an inclusive descriptor. The term, which can represent gay, lesbian, asexual, intersex and transgender people, among others, used to be a derogatory one, but Cannon and others are reclaiming it. “I think ‘queer’ is a term like other terms that is evolving even within my community, on my street, in the neighborhood. There are just different portrayals of it,” she said. Cannon was sworn in February 22 after winning a runoff vote for the District 58 seat. She hopes to represent a mixed group of voices who feel underrepresented: women, African-Americans, young people, intersex people, lesbians, asexual people, transgender people.

Read: The queer black millennial who plans to shake up Georgia politics

Mark Bradley in the Atlanta Journal Constitution on John Schuerholz

Before John Schuerholz came to Atlanta in 1990, the Braves were one of baseball’s cellar-dwelling franchises. As the team’s longtime president steps down, Bradley reflects on how the baseball exec turned the Braves around:

The Braves were unlucky to have won only the one World Series, but there was nothing lucky about those 14 division titles. Ask any baseball man and he’ll gush and say, “That could never happen again.” And it surely won’t. (It had never happened before). But it happened here, largely and perhaps mostly because of John Schuerholz.

News that the great man is stepping down as team president comes as only a slight surprise. He’s 75. He has been president for nearly a decade, and the new stadium—the one being built a five-minute drive from his Vinings condominium—is set to open next year. His work here is done. That work will never be surpassed. He’s often described as the greatest GM ever, and he was. But he was more than that: This GM didn’t just change a team. He changed a city.

Read: John Schuerholz: The man who changed a team – and a city