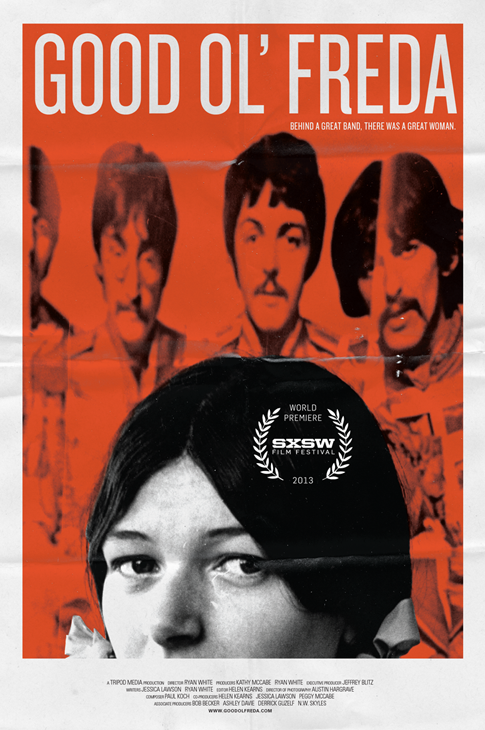 Just like the Beatlemania craze it chronicles, fans across the globe can’t seem to get enough of Atlanta documentary filmmaker Ryan White’s Good ‘Ol Freda. After its Atlanta premiere last March (the same week the film had its world premiere at SXSW in Austin), the doc chronicling the Beatles’ loyal but unsung secretary Freda Kelly, has become a favorite on the festival circuit.

Now, just in time for Oscar scrutiny (not that anyone has proclaimed it a contender for Best Doc or anything…), the film has scored an official theatrical run, beginning in Los Angeles on Sept. 6, followed by stops in Minneapolis, New York City, Detroit, Providence, Seattle, Cambridge and other cities. So far, a return engagement has not been booked for the Chamblee High School grad’s hometown. However, local fans can rent or download Good ‘Ol Freda when it debuts on iTunes and VOD Sept 6. A DVD of the doc (hopefully, with lots of extras) will debut in stores in December, just in time for gift-giving this holiday season.

After its successful screening in Atlanta last winter, the film has gone on to garner accolades and charm audiences in Dallas, Philadelphia, Nashville, Toronto, Boston, San Francisco, Baltimore, the Bonnaroo Music & Arts Festival in Tennessee and it even played the Docaviv International Film Festival in Tel Aviv.

Announcing the film’s theatrical run and digital release on the film’s Facebook page, Ryan White and producer Jessica Lawson told friends and fans: “We’re so excited for you all to see the film.”
To watch the film’s trailer on iTunes, click here.
To read our interview with White about the film, click here.