One week into the Herman Cain sexual harassment scandal story, Cain’s popularity among Republicans is finally starting to take a hit. A Reuters/Ipso poll conducted over the weekend shows a 9 percent drop in Cain’s favorability ratings among Republicans.

My theory: When a story breaks and people haven’t had a chance to absorb all the details,  their immediate reactions tend to be reflexive and partisan. In this instance, the reflexive, partisan reaction was basically, “Oh, it’s the lying liberal media trying to take down a black Republican just as he’s rising in the polls.”

As the story lingered in our collective consciousness for a week, however, facts began to eat away at the partisan reaction. Which facts?

1. Politico’s story was factually correct. Remember—the story never said Cain was a sexual harasser. The story very clearly said Cain was accused of sexual harassment by two women when he was a lobbyist and that his lobbying firm settled. The bottom line: 2+2 is 4, even when someone you don’t like is holding the calculator. Even some of the most hyperpartisan partisans will accept this over time.

3. The sexual harassment allegations against Cain and the National Restaurant Association’s reported financial settlements with accusers pre-date this presidential campaign by thirteen years, which punches a giant hole in the notion that the charges were in any way politically motivated. This was not a political hit job. It’s a skeleton that got out of the closet.

Did a rival campaign help Politico get the story? Probably. But so what. That’s how politics works. When you run for office, your rivals begin leaking info to the press to make you look bad. If I ran for president and started doing well in the polls, you can bet somebody would leak photos of my 2000 Halloween costume to the media. “Woman who just got out of the shower” was a terrific costume. And it was cheap, too. It only required two towels! But even I have to admit it was decidedly unpresidential. I should have waxed.

4. Cain’s supporters in the conservative media spouted some extraordinarily awful nonsense in Cain’s defense. The most memorable comment was probably Ann Coulter’s “Our blacks are so much better than their blacks.” In my opinion, Coulter’s predictable vulgarity wasn’t nearly as damaging to Cain in particular (and the GOP in general) as the multi-pronged attack by several prominent Republican media figures on the very notion of sexual harassment itself.

It’s one thing to say Cain has been falsely accused. It’s another altogether to say that all women who complain about harassment are liars. It’s vicious, vulgar, incorrect, and a big part of why the Republican Party is toxic to so many women voters. 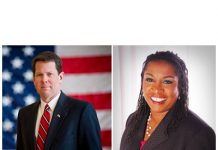