It smells in here. Like wet cardboard. Old shoes. Hot milk. Cat litter. And it’s your fault. That is to say, the reason it’s stinky inside “the MRF,” Waste Pro’s 400,000-square-foot Material Recovery Facility on Fulton Industrial Boulevard, is because most of us put out the wrong stuff for pickup.

Leave a big blob of yogurt in the plastic container? That cup is contaminated, and it’s probably going to the landfill. Did you put your shredded bills into a plastic grocery bag and neatly knot it at the top before putting it in the recycling bin? Landfill. Were you feeling self-righteous by using a glass bottle instead of plastic? Glass goes to the landfill, too.

“It’s a problem of education,” says Roni Page-Dowdy, program manager for Waste Pro. “People don’t know what goes in recycling and what doesn’t. And they definitely don’t understand what happens after that.”

Let’s start with the fact that most people assume a plant like the MRF actually recycles. What the plant does is process about 4,000 tons of potentially recyclable materials every month—or 10 pounds per home, per week—from the greater metro Atlanta area and five counties in and around Athens. The processed materials are baled into tight cubes, like the garbage in Wall-E, and sold to end users that recycle them into products like brown paper napkins, water bottles, and jeans.

“We have contracts with companies like International Paper and Georgia-Pacific, and we have an obligation to bring them a certain amount of material per month,” Page-Dowdy says. “The buyers change depending on the commodity and the market.”

Right now that market is very tough. You may think of recycling as a moral imperative, but in truth it’s a for-profit commodities business. And the prices for commodities like plastics—currently as little as 15 cents per pound—are lower than they’ve been since the recession thanks to falling oil prices, which have made new plastics cheaper to produce than recycled ones; wilting demand from once-hefty buyers like China; and oversupply. Now that there’s a glut of glass in the market, for example, Waste Pro can’t sell the old glass, so for now all of the bottles that Atlanta residents put into their recycling bins are going to the landfill. The company can sell paper and plastic, but for far less money than before the price of oil dropped—and not when the materials are contaminated. Buyers don’t want dirty stuff. And they definitely aren’t interested in garden hoses, toilet seats, straightening irons, baby pools, yard of bridal tulle, and the other random things people toss into recycling bins.

“The unfortunate fact is the money coming in is not covering the cost required to process the recycling,” says Bob ten Haaf, regional vice president for Waste Pro in the Carolinas and Georgia. Some of its competitors have had to shutter plants across the U.S. and have even filed for bankruptcy. “If there’s no buyer,” says ten Haaf, “what can we do?”

Behind the scenes
1 Pickup
Waste Pro’s recycling trucks are inspected every morning before drivers head out on routes. Each is equipped with two steering wheels, so the driver can get out from either side. The vehicles dump everything in together, but nothing is mixed in with regular garbage; that’s a different truck.

2 Dumping
After finishing their routes, trucks are parked until about 7 p.m. (so drivers can avoid traffic headaches), when they’re driven to the Material Recovery Facility for unloading.

3 Sorting
Materials are loaded onto a raised conveyor belt that can move as fast as 300 feet per minute. They are sorted several times: first by workers, who scan and pick out contaminated or forbidden materials; then by machines; then again by workers. Items are directed into chutes; anything recyclable is piled with like materials to be baled, while garbage heads to another pile that will be taken to the dump.

4 Baling
The recyclables are squashed and tied into bundles that are delivered to buyers.

How to recycle better
The best way to help the recycling business? Make it easier for them to operate.

1 If you’re not sure whether something is recyclable, don’t put it in the bin. Plants waste precious resources hauling and sorting what is ultimately trash.
2 Don’t try to recycle plastic bags or put your recycling inside a bag before tossing it in the bin. Bags aren’t recyclable at single-stream facilities, and they gum up the works at the processing plant.
3 If you live in the city of Atlanta, know that your glass is headed to the landfill—at least for now.
4 If your recycling starts to smell after a day or two, it means you haven’t cleaned the materials enough. That means they’re likely to get landfilled—no matter what they’re made of.
5 Don’t put paper inside a bottle inside a bag. Sorters don’t have time to take your garbage apart and look for the good stuff.
6 Be aware that bottles made from biodegradable and compostable plastics are often misidentified by the sorting machinery, which mistakenly directs them to the landfill. 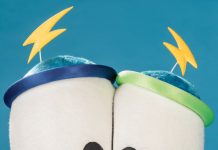 Our favorite stories of 2016 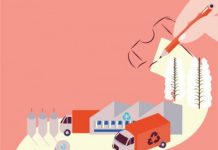 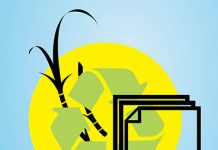