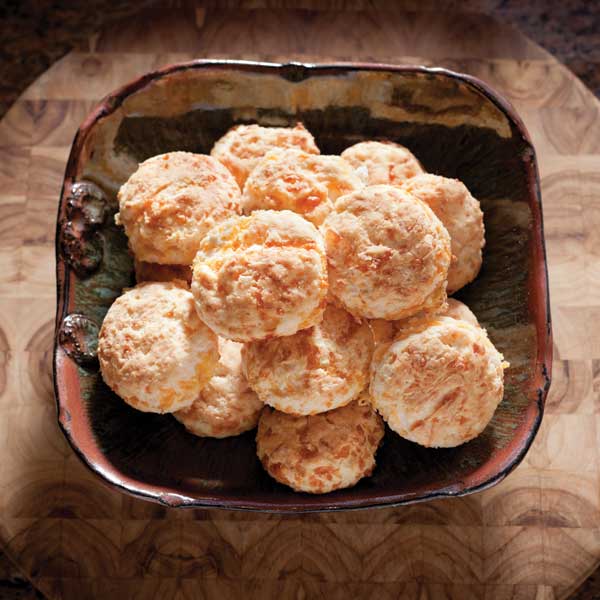 The spacious kitchen of Mary Moore, founder and CEO of the Cook’s Warehouse, in her Oak Grove home is fully equipped with Japanese knives, silicone spatulas, a sous vide water oven, and an electric grain grinder with variable texture control. It’s exactly the array of innovative gadgetry you’d expect from the woman who runs four metro area stores specializing in culinary supplies and cooking classes. But for making biscuits, Moore relies on the same sifter, aluminum rolling pin, and biscuit cutter that her great-aunt Eva “Edie” Taylor used long before she was born.

Moore spent her formative years on the West Georgia farm between Hiram and Douglasville where her great-uncle, John “Unc” Taylor, raised pigs and cows after retiring from running a mercantile in Sandy Springs. When she wasn’t in the basement playing “shop” with Unc’s old cash register, Moore was likely to be found in her other favorite place: the kitchen. “Edie, my grandmother Mimi, and Sug—their other sister—did most of the cooking while I was growing up, and I loved to help,” she remembers. “We tended big gardens and as a family we would sit around in a circle outside, shucking corn, shelling peas, and snapping beans. We made pickles and stewed tomatoes for the winter, and cleaned and cooked fresh chickens that Dad killed for dinner. For each of our birthdays, we got to request the menu and the cake of our choice. Mine was either Mimi’s angel food cake, or red velvet cake.”

Special occasion or not, no family meal was complete without Edie’s flaky, cheddar-infused buttermilk biscuits. Standing on a chair at the counter beside Edie, Moore learned to handle biscuit dough lightly enough to avoid toughening, and to produce perfectly uniform rounds by stamping straight down with the cutter, rather than twisting. “After we had cut out all the rounds, I would form the scraps into one giant biscuit. That was always the one I saved for myself.”

Moore carried those skills into adulthood. She put herself through business school at Georgia State, cooking in the kitchens of Partner’s and Indigo restaurants in Morningside. Later she worked in research and development for Harry’s Farmers Market. While still in her early twenties, Moore decided to pursue her dream of opening a cookware store, stocked with the tools she wanted for herself but couldn’t easily find in Atlanta. Not only did her grandmother and great-aunt encourage her, they also cosigned her small-business loan after multiple banks had turned her down.

Edie died in 2009 at the age of 100, three years after Mimi passed away. Both attended Moore’s holiday and anniversary celebrations for as long as they were able. Even now, as her culinary empire flourishes (and Moore was recently elected president of Les Dames d’Escoffier International, a worldwide society of women leaders in the food industry), she regularly channels her elders’ encouragement—often by pulling out that familiar old rolling pin, and the ingredients for a biscuit recipe she knows by heart.

Instructions
1. Preheat oven to 450 degrees. In a large bowl, combine the flour, baking powder, and salt. Cut the shortening and butter into small pieces. Add them to the flour mixture and, using your fingertips, rub them together with the dry ingredients until the mixture resembles coarse cornmeal. Stir in cheese. Make a well in the center and add    cup butter-milk. With a large wooden spoon, stir just until the mixture forms a moist dough, adding a little more buttermilk if needed.

2. On a floured surface, gently fold the dough over on itself 5 or 6 times. Form into a ball, handling the dough as little as possible; roll out to a thickness of about 1 inch. Cut out biscuits, pressing straight down, using a 2 1/4-inch biscuit cutter. Reform scraps, forming into a biscuit with your hands if there isn’t enough to cut. Place biscuits on a baking sheet, 2 inches apart for crispy edges or so they just touch for soft edges. Bake in preheated oven for 12 to 15 minutes, until lightly browned.

This is an extended version of an article from our April 2012 issue. 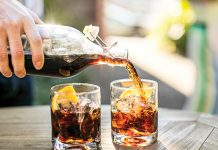 Recipes: How to throw an Italian aperitivo party with spritzy cocktails