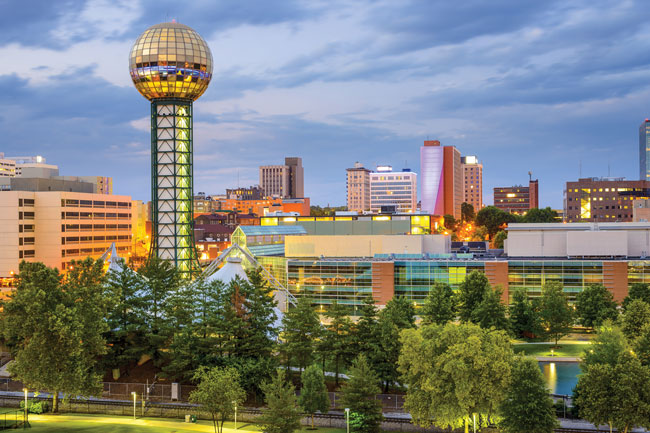 When Knoxville was founded in 1791 as the administrative capital of America’s Southwest Territory, George Washington was president, and the state of Tennessee did not exist. William Blount—the territorial governor and a signer of the U.S. Constitution—named the town for Henry Knox, Washington’s secretary of war. Over the next 200 years, Knoxville would go on to become Tennessee’s first state capital, home of the University of Tennessee, and a factory town known for its textile and furniture industries, marble quarries, and coal mines. All the while, it would remain happily unassuming, letting others claim the spotlight while it forged a modest path in the shadow of the Smokies.

Knoxville’s population—approximately 185,000—is about one-third that of Memphis and Nashville. And while Memphis claims Elvis and Nashville the Grand Ole Opry, Knoxville boasts an unlikely pair of native sons: country singer Kenny Chesney and filmmaker Quentin Tarantino. Together, the two embody Knoxville’s personality: quirky and laid-back, with a playful sense of irony that’s refreshingly blue collar, Appalachian, and glitz-free.

One of the few times Knoxville got all gussied up was the 1982 World’s Fair, when organizers showcased the town as an energy capital. It wasn’t a stretch: The Tennessee Valley Authority, the nation’s largest electrical utility, was founded here in 1933, and the atomic bomb was developed just up the road in suburban Oak Ridge. Among the new items rolled out at the expo were touch-screen computers and Cherry Coke. Today, the most visible reminder of the fair—the Sunsphere—juts into the sky, looking like a giant gold disco ball or some gargantuan golf ball waiting to be teed off. It costs nothing to take the elevator to the observation deck and admire the 360-degree views before strolling the surrounding World’s Fair Park).

Adjacent to this manicured green space is the Knoxville Museum of Art. Designed by New York architect Edward Larrabee Barnes and sheathed in pink Tennessee marble quarried nearby, the handsome modern structure houses a significant permanent collection of East Tennessee art. The first thing you’ll see upon entering the free museum is a 1913 painting of a woman and child by Knoxville native Catherine Wiley, a noted American Impressionist whose brushwork recalls Mary Cassatt. Another standout work is Cycle of Life, a 105-foot-long installation by native son Richard Jolley, which floats across the length of the building’s back hall.

From the museum, it’s less than a mile to the Old City, an edgy neighborhood beloved by pubgoers and poets alike. In its Victorian heyday, the Old City was a beehive of factories and, according to local historian and author Jack Neely, a den of vice. You can still find bars aplenty here, and many of the industrial buildings and warehouses have been converted into lofts and apartments. Among the cafes, coffeehouses, and art galleries, you’ll spy the Pretentious Beer Glass Company, where glass artisan Matthew Cummings creates drinking vessels and offers samples of his own craft brews.

The coolest place to spend the night in Knoxville is the Oliver, a groovy boutique hotel adjacent to historic Market Square. The 1876 structure once housed the Peter Kern Bakery and, later, a dance hall and drug store. An image of Kern—a German immigrant with a walrus mustache—hovers over the Peter Kern Library, a speakeasy that’s accessible through an unmarked sliding door off the hotel lobby. The library’s cocktail menus, sewn into ancient leather tomes, feature drinks named after literary vagabonds like Holden Caulfield (Fireball Cinnamon Whiskey, sweet-and-sour, amaretto, and orange juice) and Holly Golightly (vodka and prosecco with hints of strawberry, raspberry, and lavender). After a sipper in this clubby lair, head to Knox Mason on South Gay Street downtown, where you can munch Chef Matt Gallaher’s pork rinds bathed in paprika and hot sauce, then tuck into some seriously good cornmeal-crusted catfish with grits, tasso ham, and chowchow remoulade. Finish with banana pudding crowned with toasted marshmallow fluff.

Don’t leave town without ambling past the Andrew Johnson Building. Formerly the Andrew Johnson Hotel, this was where country music troubadour Hank Williams spent his last night. Years earlier, in the late 1930s, the hotel served as the home of The Mid-Day Merry-Go-Round, a radio hour that featured the likes of Roy Acuff and Chet Atkins and helped put Knoxville’s sound on the map. Today, the Big Ears Festival celebrates Knoxville’s musical heritage, hosting live performances in such venues as the Tennessee Theatre, a glorious 1928 movie palace, and the vaudeville-era Bijou Theatre. (This year’s fest runs March 22 to 25.)

Bid farewell to Knoxville with a tour of the Blount Mansion. The 1792 clapboard structure, once the city founder’s personal residence, is a veritable time capsule sitting in the shadow of downtown’s towering office buildings. Cherokee natives once called it “the house with many eyes” (they had never seen a building with glass windows), and oh, what those eyes have seen. Born when only a few boundaries existed, the city accepted changes as they came but never changed to be accepted. Unassuming and unapologetic, Knoxville has gone 225 years without conforming—and it’s not about to start now.

White Lily Flour may be gone, but the biscuit is not forgotten. From 1883 to 2008, the famous soft Southern flour was milled in Knoxville. But when J.M. Smucker Co. bought the brand in 2007, it moved operations to the Midwest, and the old White Lily building was converted into apartments.

Ironically, once it lost its famous flour, Knoxville embraced the biscuit. In 2009, the International Biscuit Festival was launched by healthcare executive-turned-developer John Craig. The annual event (May 12–14 this year) boasts bazaars, bakeoffs, a brunch at nearby Blackberry Farm, and a Mister and Miss Biscuit Pageant. There’s even an affiliated Southern Food Writing Conference that has welcomed culinary heavyweights such as Nathalie Dupree and Steven Satterfield.

So where can you get a good biscuit the rest of the year? 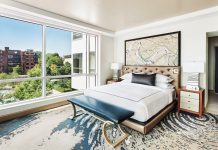 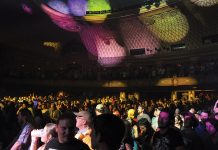 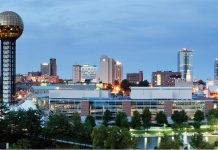