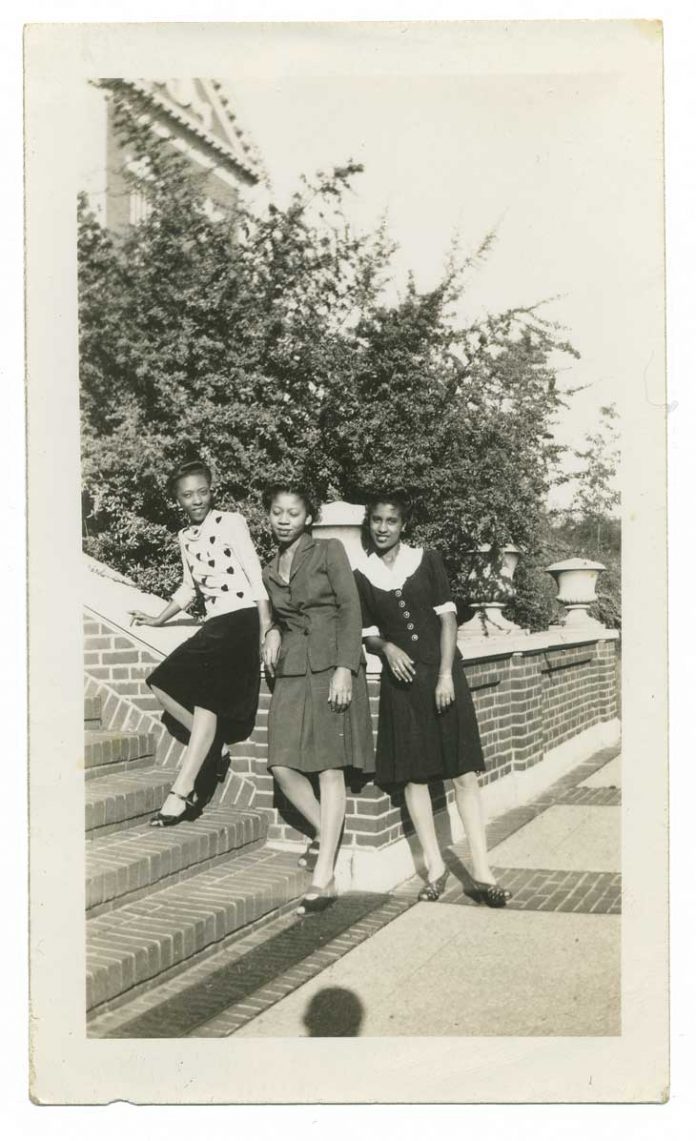 The first thing i did was plant marigolds in  the red earth. I didn’t know what I was doing or why I was doing it. I didn’t especially like marigolds. Nor would they last long in the shade garden I had acquired upon moving to Atlanta. I didn’t know about shade or marigolds because I knew nothing of gardening. I was acting on memory, a fog of an image of my grandmother planting marigolds at the base of the foxgloves and delphiniums she tried to coax into life in the less hospitable soil of Washington, D.C.

She didn’t especially like Washington or want to be there, but that was where her daughters had journeyed, and she was getting up in years and the government had torn down her house in North Georgia to make way for an interstate highway it never got around to building. She’d had to lose all she had known and leave behind her Georgia garden, with its American Beauty roses the size of dinner plates and the night-blooming cereus that only opened once a year at an hour when nobody would see it, and she would have to start all over again in the colder soil of the North.

I was a little girl when she came, in the time of Woodstock and Vietnam. She brought the South with her because it was in her and it was who she was. Plants sprouted everywhere after she arrived—azaleas, hydrangeas, hyacinths, ferns, African violets in pots, and those marigolds like orange and yellow crayon drops at the base of whatever she grew outside. With her came the scent of liniment and the satchels of lavender and, in her kitchen, the cast-iron skillets of cornbread made from scratch rather than the Jiffy mix my mother used. There were turnip greens in potlikker and a new language she sang that was purer than the one my mother spoke after all her years in the North—more I reckons and I declares, more mmh-mmh-mmmphs than I had known before. It turned out my mother could speak this language too, and I noticed it came back whenever she and my grandmother were together declaring and reckoning.

My grandmother did not live long in the North and wasn’t able to even begin to approximate what could never be truly replicated. In Georgia she’d had peach trees, pecan trees, crape myrtles, camellias, every square inch of her land devoted to a full fifty-year-old Southern garden that I never got the chance to see.

Years later, after having worked in Chicago for more than a decade, I moved south with a book to complete. I had spent years interviewing former Southerners about the Great Migration and had heard of the hardships they’d endured in the Southern caste system, a world 6 million African Americans—including my parents—defected by heading north. I had seen the South through the embittered eyes of expatriates and now had the chance to see what they had left.

I arrived in Atlanta ambivalent. It was deep winter, when the South is in its glory. I saw roses in full bloom, pink ones and red ones, open to the sun. How beautiful was the land my ancestors had been forced to leave. I soon learned those “roses” were camellias and were just the beginning of my discovery of a homeland I had never known. I had a heightened awareness of all that was around me, the sweet tea and everyday talk of the War Between the States (a subject barely thought of in the North). The occasional Confederate flag rattled me. And yet a gesture warmed my heart: the custom of motorists letting another pass with a wave of the hand from their steering wheels. How genteel and civilized I found it to be, and I began doing it at once.

In the meantime, I had a book to write and a house to get in order—starting with the garden. I had no idea where to begin. “You’ve got some crape myrtles there,” a neighbor—originally from the Midwest—said to me. There was a Japanese garden in the back, with an island of Mondo grass arching across one end of it and a meditation circle in the center, surrounded by dormant perennials. Everyone around me either had a professional gardener or took pains to work the soil themselves.

I never had been able to grow anything. With my grandmother long gone, I was lost in a world where the one thing she knew so well seemed to matter so supremely. I took to the soil and planted what I could remember, a bed of marigolds under a Japanese maple, a memorial to her and the ancestors. Soon I tracked down the designer who had built the garden, with its spare sculpture of camellias, aucubas, and curve of river rock. He took one look at the crayon-colored marigolds, sized me up, and wondered if I was fit to manage the monochrome masterpiece he had created. “Do you see any marigolds in here?” said the look on his face. “Or annuals for that matter?”

I was not going to be able to afford to keep him on, so I would have to manage for myself. The first goal was to not kill everything. I became a regular at garden centers from Grant Park to Brookhaven. I bought every book I saw on Southern gardening. I learned each plant by its Latin name. I walked the neighborhoods and studied what had been planted and got to the point where I could recognize plants from their leaves alone.

The marigolds died, of course, being sun annuals in shade. My grandmother would have predicted as much. Now I knew better too. The more I learned of the soil, the more I learned of her wisdom. She hadn’t planted marigolds because she liked them any better than I did. They were protection against hornworms, whiteflies, and thrips that would destroy her lettuce and gardenias. She was ahead of her time, before anyone talked of xeriscaping or going chemical-free. But sun or shade, I wasn’t going to do annuals anyway. This time it would be perennials and evergreens, natives that would take years to establish their roots but would be more likely to thrive. I came home with carloads of shrubs and went on faith I was planting them deep enough and far enough apart, that I was positioning them where they would be happy. I was doing the digging, but it was not me doing the planting. I could feel my grandmother with me as I knelt over the land that had been her life, the land of her mother and her mother before her. Her hands were my hands, and over time every square inch of my land was a testament to her and to what thrives in the shaded land of my ancestors: hostas, hellebores, holly ferns, boxwoods, euonymus, azaleas, hydrangeas, pulmonaria.

I nursed the garden and delighted in trimming a shrub or pulling a dandelion during breaks in my writing. And as the boxwoods and hydrangeas grew, so did the manuscript, which would become The Warmth of Other Suns. One had fed the other. On the page were the memories of the elders who had left, and, as their stories came to life, my perennials rose and stretched in the land the ancestors had fled and whose journey I had retraced. And now I was not just “a Southerner once removed,” as the poet Natasha Trethewey so beautifully described me and other Northerners raised by Southerners. I had returned to the land of the ancestors and reclaimed it for myself.

Pulitzer Prize–winning journalist Isabel Wilkerson is the author of The Warmth of Other Suns, the bestselling book chronicling one of the underreported stories of the twentieth century, a migration that reshaped modern America. The book won the 2010 National Book Critics Circle Award for Nonfiction, the 2012 Stephen E. Ambrose Oral History Prize, and the 2011 Mark Lynton History Prize from Harvard and Columbia universities, among other honors.