Home Food Behind the scenes at King of Pops 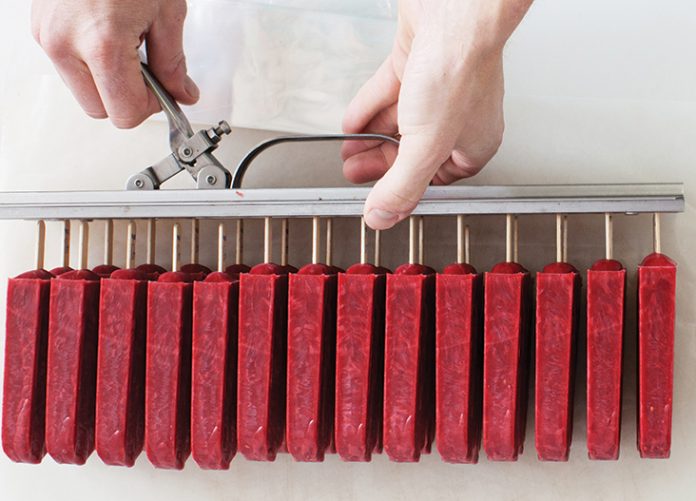 King of Pops’ wheeled carts and colorful umbrellas have become such a familiar part of summer that it’s easy to forget the Inman Park–based business started just four years ago with one cart. Steven and Nick Carse have built a mini-empire out of ice-pop sticks (they now have thirty carts in the city and outlets across the South), but the brothers and their small staff still get their fingers sticky. Here, a blackberry-ginger-lemonade pop, from fruit to soggy stem.

While the ginger is hand-fed into a masticating juicer, the lemons are run through the automatic bad boy below. One batch—around 150 pops—takes a quart of lemon juice and 1 ½ cups of ginger extract.

Twelve pints of blackberries are blended with evaporated sugar cane juice in a bucket. Eighteen quarts of the deep purple liquid are then strained of seed and sediment before the lemon and ginger are mixed in. Final touch: A dash of sea salt not only accentuates the flavor, but lowers the freezing point so the pops don’t wind up rock hard.

The mixture is poured into a mold—twenty-eight pops per rack. An attachment holds the sticks as the mold is submerged in a subfreezing ethanol bath. At -30 degrees Celsius, the pops take just thirty minutes to solidify.

Last summer the company bought a used automated packager — but they don’t yet have a variable printer to label the cellophane for each variety. As a result, many of the pops are still sheathed and sealed by hand.

. . . before the summer heat leaves you with nothing but a wet stick.

This article originally appeared in our June 2014 issue under the headline “Freeze frames.” 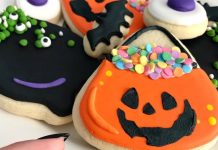