Home Entertainment 3. Stay for the fireworks at the Ted 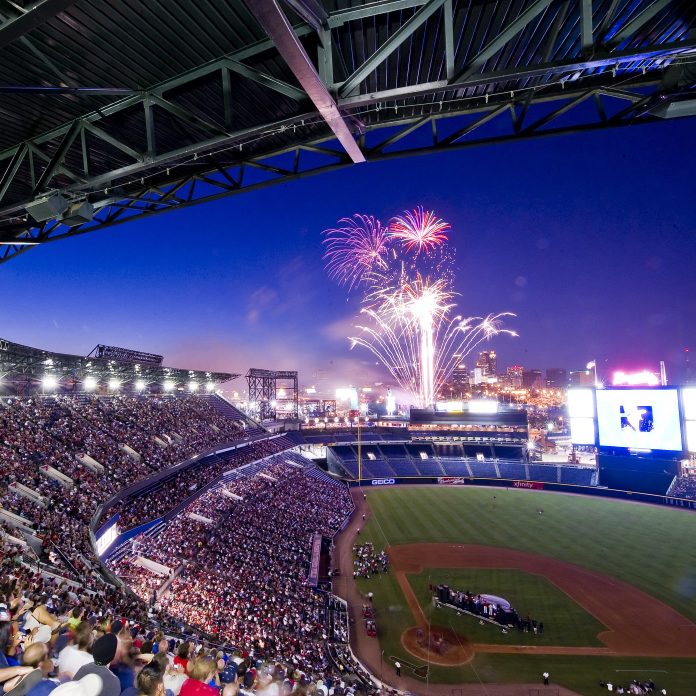 In the predawn hours of July 5, 1985, in the eighteenth inning of a twice-rain-delayed game against the Mets, an unassuming Braves relief pitcher named Rick Camp smacked a two-out solo home run to send the game into the nineteenth.

The Braves lost, but Fulton County Stadium shot off fireworks anyway—at 4:01 a.m. Nearby residents called the police, fearing the city was under siege.

With or without the on-field theatrics, postgame fireworks remain a summertime tradition at Turner Field, whether on the Fourth of July (accompanied in 2012 by the spine-tingling stylings of opera tenor Timothy Miller) or after every Friday night home game—win or lose, nine innings or nineteen. atlanta.braves.mlb.com