Home Restaurants 790 The Zone’s Steak Shapiro set to serve up Atlanta Eats this... 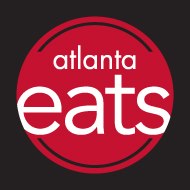 In addition to his weekday sports talk co-hosting gig as part of Mayhem in the AM on 790 The Zone, Steak Shapiro is adding a tasty new venture to his plate this fall: “Atlanta Eats.” Shapiro tells us the new food-focused multi-media concept was inspired by our city’s obsession with eating. A 30-minute TV show will debut this fall (while Shapiro is remaining mum as he waits for the ink to dry on the contracts, we’re hearing Peachtree TV and CBS 46 are both hungry to air the show and Shapiro is already part of the CBS 46 family, having presided over the station’s Sportsline segments). “Atlanta Eats'” weekly radio component, meanwhile, will roll out Tuesday morning on Star 94. Video segments and other interactive content will post exclusively at AtlantaEats.com. Shapiro’s partner in the venture is former 790 The Zone marketing and sales guy Cody Hicks, whose “Atlanta Eats” business card reads “Co-Founder and Chief Brisket Officer.”

“Anybody who knows me will tell you I have two passions in my life,” Shapiro explains. “Sports and restaurants and food. On the morning show, we’ve always talked about restaurants a lot. At the same time, I’m looking around this city and realized that we didn’t have a local food show dedicated to Atlanta’s vibrant restaurant and food scene. You look at the national food and travel cable channels and they’re always here doing stories on us. Why not do that locally and with Atlantans? This idea has been rolling around in my head for the past year. We’re going to cover everything from Dahlonega to Peachtree City to Alpharetta. We’re not just going to cover high-end Buckhead places.”

“Atlanta Eats” will have special features such as “The Perfect Order,” a segment dedicated to what to order at various metro Atlanta eateries. Shapiro will host the show each week at a different signature restaurant (The “Atlanta Eats” crew has already wrapped shows shot at Bone Lick BBQ  and The Optimist in West Atlanta and at Rathbun’s in Inman Park). Shapiro says he wants to ultimately shoot at 50 restaurants over two season’s worth of shows.

The veteran Atlanta foodie says creating “Atlanta Eats” for a city chock full of expensive home kitchens (many with poly-bagged operating instructions still masking taped to the interior oven rack, mind you) was a no-brainer. “Everybody has an incredible kitchen and yet nobody cooks in Atlanta!” Shapiro says laughing. “We’re the number one city in the country in percentage of food dollars spent on eating out. We just wanted to capitalize on that passion Atlanta has for food, chefs and all of these great restaurants. It’s an incredibly dynamic restaurant town with stories everywhere for us to cover.” 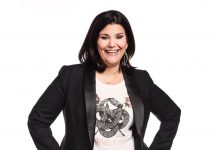