Less than two months after opening Nick’s Westside (where Aix and Tin Tin used to be), owner/chef Nick Leahy is launching another business. Chicken Out is a delivery-only concept serving the eponymous bird in nearly every variety you can think of: fried, roasted, wings, and shawarma. Starting today, Atlantans can order their favorite chicken dinner Tuesday through Saturday via UberEats, Grubhub, DoorDash, and Postmates.

“I’ve been playing around with a version of this for a while,” Leahy says. “Initially, it was [going to be] a brick-and-mortar concept, but as we went through this year, we realized it’s not the ideal time for that. More and more people are choosing to dine by delivery.”

Chicken Out uses Springer Mountain Farms chicken and vegetables sourced locally. The biscuits (which come with the fried chicken) and the potato bread (used for sandwiches) are baked in house.

“It’s a concept that’s really approachable,” Leahy says. “The food is simple. Most people love to eat chicken. We wanted to offer something in the delivery arena that’s made with the quality ingredients we use at [Nick’s Westside].”

The fried chicken—served in four- and eight-piece meals—is brined for 48 hours with thyme, garlic, and coriander. The breading is seasoned as well, making for a “moist, flavorful chicken,” Leahy says. 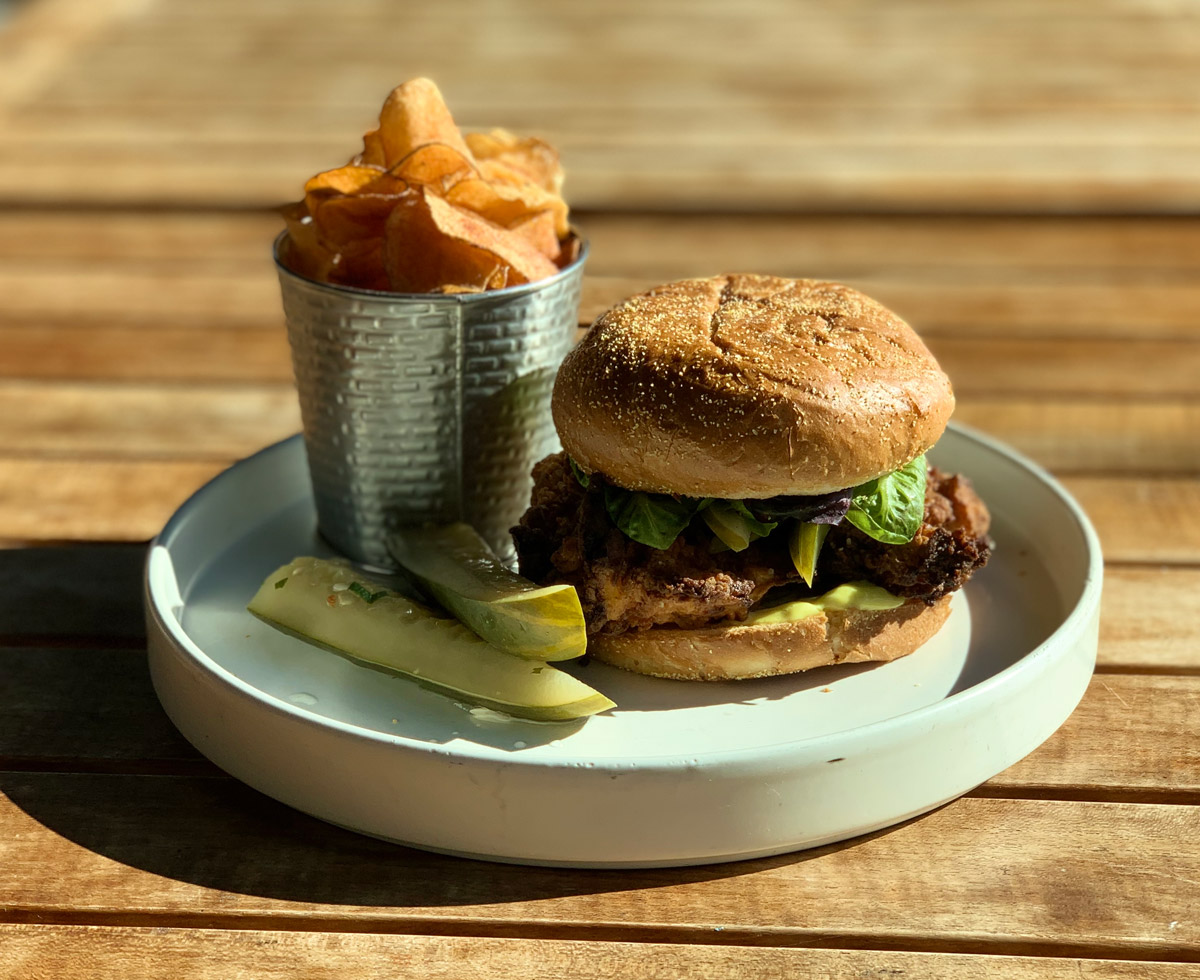 The wings are brined and smoked on the Big Green Egg at a low temperature for two hours before being crisped to order. Thirteen dry-rub options include tandoori, everything bagel, and Korean barbecue. There are also sauced options like green curry and garlic and chili butter. Additional menu items include chicken shawarma, rotisserie chicken, and a crispy chicken sandwich. There’s coleslaw, potato salad, mac ‘n’ cheese, and fries, as well as cinnamon sugar donut holes.

Though Chicken Out is based out of the Nick’s Westside kitchen, Chicken Out menu items will not be served at Nick’s, nor will they be available for pickup. 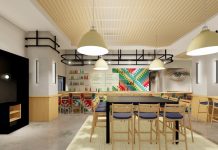