Home Uncategorized A new Summerhill arcade bar promises to be the stuff of gamers’...

When you approach a vintage arcade machine, you’re typically greeted with one of two phrases: “insert coin” or “press start.” That’s why Char Korean Bar & Grill owner Richard Tang decided to christen his newest project as the latter, letting diners know right away that the restaurant, arcade, and bar will be a place to have fun.

“People want to be entertained, dined, and wined, all in the same place,” Tang says.

Press Start, slated to open next year, will combine the nostalgic appeal of 1980s and ‘90s arcades with the modern demand for craft cocktails and artfully fashioned small plates. Tang has secured a 4,500-square-foot space (including a patio) in Summerhill. The first floor will have vintage games such as Mortal Kombat, Pac-Man, and Street Fighter II—titles Tang considers “a piece of my childhood.” There will be darts, Foosball, and board games, as well as some virtual reality options.

The menu will be designed by Char executive chef Mike Yang, and Tang is working on the beverage list. “Handhelds” and Asian small plates will be available at the bar. Expect about 10 craft cocktails, wines by the glass and bottle, and beer on tap. The upstairs area will feature a lounge with shuffleboard and table service.

“I feel like this is the next neighborhood that is going to blow up. I used to live up the block,” Tang says of Summerhill. “Plus, it’ll be good to hang out with Sarah [O’Brien] from Little Tart Bakeshop and Todd Ginsberg [of Wood’s Chapel BBQ], [who I know] from my former space [Craft Izakaya] in Krog Street Market.”

Tang is also working on an Asian seafood restaurant called Girl Diver, set to open in a few months at the Madison Yards development in Reynoldstown. 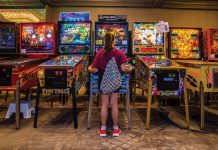 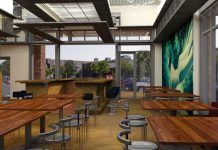 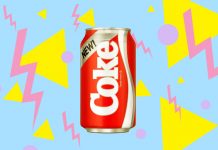