The Federal
Shaun Doty and Lance Gummere, both talented and mature chefs who once worked under Atlanta’s vanished superstar Günter Seeger, have brought low-octane, open-all-day bistro glamour to Midtown. The Federal’s menu includes many dishes that the longtime partners have been cooking for years: chicken livers with hard-boiled eggs; paper-thin Sardinian flatbread with microgreens; and, above all, a giant pork schnitzel with roasted peanuts and onion salad. Doty’s eponymous Inman Park restaurant, Shaun’s, has been missed since its 2010 closing; this softens that blow. 1050 Crescent Avenue, 404-343-3857

Cast Iron
When Last Word opened in late 2014, its sophisticated bar program was an immediate hit, but multiple staff changes slowed the momentum, and the restaurant closed in August last year. In its place now is Cast Iron, where the bar remains a draw. Chef and first-time business owner Evan Cordes has yet to develop a clear point of view, but his strength is vegetable-­forward dishes: beets served with both marinated and crispy lentils; sweet potatoes, leeks, and apples in broth; and mushrooms with cured egg yolk. 701 Highland Avenue, 404-228-2005

Poor Hendrix
Since opening last fall, pastry chef Aaron Russell’s new casual bar and restaurant has been dominating the East Lake food scene, thanks in part to playful bar bites like smoked trout tartines and quail eggs on a stick. The dining room features an entirely different menu of unpretentious entrees like roast chicken with pan drippings and mussels in bourbon-chile broth. But there’s an unfortunate—and almost unheard of—rule here: Diners cannot order from the bar menu when seated in the dining room and vice versa. Desserts, of course, are delicious. 2371 Hosea Williams Drive, 404-549-8756

Suzy Siu’s Baos
The concept for Michael Lo and George Yu’s new counter in Krog Street Market is a crowd-pleaser: It’s all about baos, steamed Chinese buns stuffed, sandwich style, with a variety of fillings. The two men, who also own Taiyo in Decatur, do right to keep the menu hyperfocused. The best items are the local pork belly and the marinated Korean beef bao, with the fried fish fillet and roasted vegetable bao coming in second. Hop onto one of three stools (baos taste best right out of the steamer), and don’t forget to order a couple of sides: the spicy Korean street corn and sweet potato salad with a touch of mayonnaise. 99 Krog Street, 404-565-4510 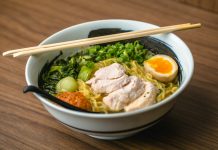 Son of a Bear closes after service today, but new restaurant Salaryman opens next weekend 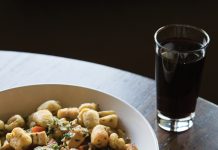