Back in 2018, Emma and Sean Schacke bought a vintage building next to the police station in Kirkwood. They decided to live in the top of it and make wonderful food in the bottom of it. They called their market Evergreen Butcher + Baker, and they opened it in September 2019. Even though it’s only a medium-long walk from my house, I didn’t become truly enamored of the place until Covid hit. Now, I’m there once or twice a week.

In February 2020, Emma (the baker) and Sean (the butcher) made 50 cheeseburgers, announcing on Instagram, “If you like ’em, we might make Cheeseburger Sunday a thing.” The Schackes’ followers did, indeed, like them. So, they made 75 the following Sunday. By September, they started offering 100 and often sold out by the time they closed at 3 p.m.

Here’s how it works: People start lining up around 12:30 p.m., which is really the only way to be sure you’ll get one. Evergreen starts selling the burgers at 1 p.m. You can buy as many as you want, but I think we can all agree you’re a monster if you buy more than a couple. One time, there were exactly two burgers left that Emma and Sean ate after closing, which is completely adorable. Another time, they sold 100 burgers in 55 minutes.

It’s a classic double cheeseburger, albeit with excellent ingredients. Emma long-ferments the sesame bun, Sean breaks down the entire cow they use for the burger, and they make the pickles and aioli in-house. It’s not the kind of thing you can eat with one hand. But it’s simultaneously structurally sound and utterly succulent. It’s very good, is what I’m saying.

In the name of journalism, I attempted to eat five Evergreen Sunday cheeseburgers. I tweeted about each experience. This is a look back at those burgers and tweets.

The Earl
Big Earl
Buy a burger, save a music venue. This East Atlanta Village monster is topped with American cheese, thick pickles, and Coca-Cola–grilled onions. 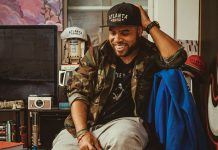