Home Uncategorized The new dishes you’ll find at the Canteen

The Canteen—the latest project from the General Muir chef Todd Ginsberg, Shelley Sweet, and Jennifer and Ben Johnson (the duo behind Fred’s Meat & Bread, Yalla, the General Muir, and West Egg Café)—is open as of seven o’clock this morning. As we’ve mentioned previously, the micro food hall in Midtown features mini outposts of Fred’s and Yalla as well as a spinoff of the General Muir called TGM Bagel. Many of your favorites can be found at this new location, but there are also some new items to check out. Here are all of the dishes that are exclusive to the Canteen: 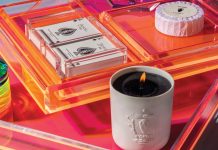