Human beings have been complaining about the next generation since Adam and Eve first put Cain in time-out for picking on his brother. It’s a law of nature. But only in the past century have we been ascribing labels to generations: the Silent Generation, baby boomers, Generation X, millennials. Lumping millions of people under one name makes for convenient shorthand, of course, but it doesn’t accomplish much else. There are something like 90 million Americans who can lay claim to being a millennial, and the only fact about them that is indisputable is that they’ll be taking charge soon.

Here in Atlanta, the attention they’re getting borders on fetishism. Among developers, they’re discussed with a mixture of wonder and curiosity, as if they’re walking Rosetta Stones whose decryption will lead to untold riches. As a Gen Xer, I confess to a bit of generational envy. When I was coming of age back in the 1990s, I don’t remember reading stories about how badly politicians wanted to lure me and my friends to their city. So I moved to Egypt. (But that’s a whole other story.)

In this month’s issue, we wanted to get beyond the cliches and the statistics to see what millennials themselves think about society’s perception of them, their expectations for their generation, and the concerns they have about the city’s future. In many cases—most cases, actually—the people writing the stories and doing the interviewing were millennials, too. We sent out surveys, we canvassed the do-gooders, we convened a roundtable, we went to Ladybird, we got a report from the dating front, and we even talked to millennials who are parents. (Yes, Madison Avenue, they exist, too!) I think what you’ll find is true about any cliche: Look hard enough and you’ll find someone who fits it, but dig a little deeper and you’ll see that cliches are the last refuge of the lazy.

And for those of you growing fatigued of hearing about millennials, take heart. According to MTV, we now have a name for the post-millennial generation: founders, because evidently they’re going to find answers to the problems that earlier generations have passed on to them. I suppose it’s human nature to complain about older generations, too. 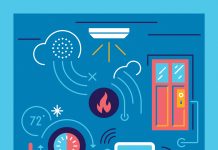