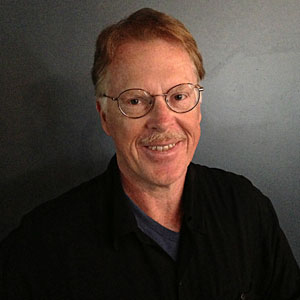 Nineteen years have passed since Charles McNair published his first novel, Land O’ Goshen. While McNair climbed the corporate communications ladder and helped raise a daughter, the publishing world changed dramatically, but the art of storytelling did not. For his second act, McNair, fifty-nine, contributes to the flood of books marking the sesquicentennial of the American Civil War with Pickett’s Charge (Livingston Press), a big, noisy, fantastical tale of vengeance and whatever comes after.

One hundred fifty years after the original Pickett’s Charge, a particularly devastating day at Gettysburg, McNair concocts the character of Threadgill Pickett. As the oldest living Confederate veteran, Threadgill is hell-bent on leaving his Alabama nursing home and heading to Maine to kill the oldest living Yankee. This second skirmish is not nearly as bloody as the original, unless you count chickens (spoiler alert), but it may be more ambitious. McNair essentially summarizes the history of the South through the blurry perspective of one old man.

For McNair, an Alabama native who has lived in Atlanta for years, the Civil War is the only reasonable place to start. “Why do the Irish write about the Troubles, and why do the Jews write about the Exodus?” he says. “What has shaped Southerners more than those four years—and what led up to them and what came after? Figuring out, and coming to terms with, the most utterly complicated region of the nation starts right there, doesn’t it?”

McNair On . . .
Writing You don’t know always where you’re going, and you don’t know what you’re going to find. And that’s the fun of it. I tried working from an outline before, and it just dispirited me. It’s fun when I can say to a character I created, “All right, I got you here. Now what are you going to do?”

Timing My best hours for writing, if I’m honest, are in the morning. But I tend to write late at night. Either way, when you’re really close to the dream state is the best place.

Bracing If Ken Kesey and Kurt Vonnegut got together with Shelby Foote and Margaret Mitchell to write the last story of the Civil War, this would be the book they wrote. That will attract and repel equal numbers of readers.

Approaching sixty My inner seventeen-year-old is still alive and well. I’m just as silly and goofy and curious about the world as I ever was.

Letting go I think the greatest gift we have in our lives is forgetfulness—and forgiveness. If you held on to every slight, think how miserable you would be. That’s what this whole book is about. When do you just let things go?