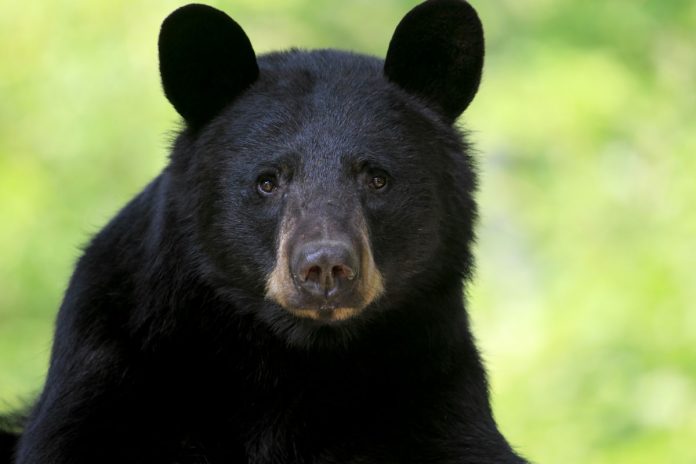 As it happens every so often, yesterday a black bear was spotted in metro Atlanta, roaming between Belvedere and Glenbrook Drives in Buckhead. The bear’s appearance was pretty uneventful—no reports of it chasing anyone’s pet or causing property damage—but as local news outlets began to pick up the story, word of the unusual animal sighting spread. Then this morning, just before 7 a.m., someone tagged us on Twitter.

Hey y’all! Thanks for warm welcome to the neighborhood, and to @cbsatl for the flattering b-roll! @AtlantaMagazine rec for Fri happyhour?

Joining the ranks of other Twitter Bears, @BearOfBuckhead quickly began tweeting about businesses and places near the neighborhood where it was spotted. The bear bemoaned traffic on Northside Drive, chaffed the AJC for tweeting a stock photo of a “bear warning” sign, then gave shout-outs to Mr. C’s bar on Howell Mill Drive and an overflowing trashcan (sorry, a “buffet”) at Memorial Park.

What’s up with that traffic on Northside, tho? @commuterdude @CBS46Traffic and people wonder why I’m walking around…amirite???!!!!

Shout out to waste management for all you can eat buffet at memorial park @cl_atlanta @tasteofatlanta pic.twitter.com/WfMLmzKre0

Who is Buckhead Bear? It’s unclear, but you can add it to the other parody Twitter accounts you likely forgot you were following—remember @ATLsnowplow, who popped up during Snowpocalypse 2014? Or the fake City of Atlanta Facebook page that went viral last year, much to the ire of actual city officials who objected to the use of the city seal as its profile photo. Or that time someone created a Twitter account for city planning commissioner Tim Keane’s blond curly hair?

Welcome, Buckhead Bear. And to answer your question, might we kindly point you to our 50 Best Bars list?