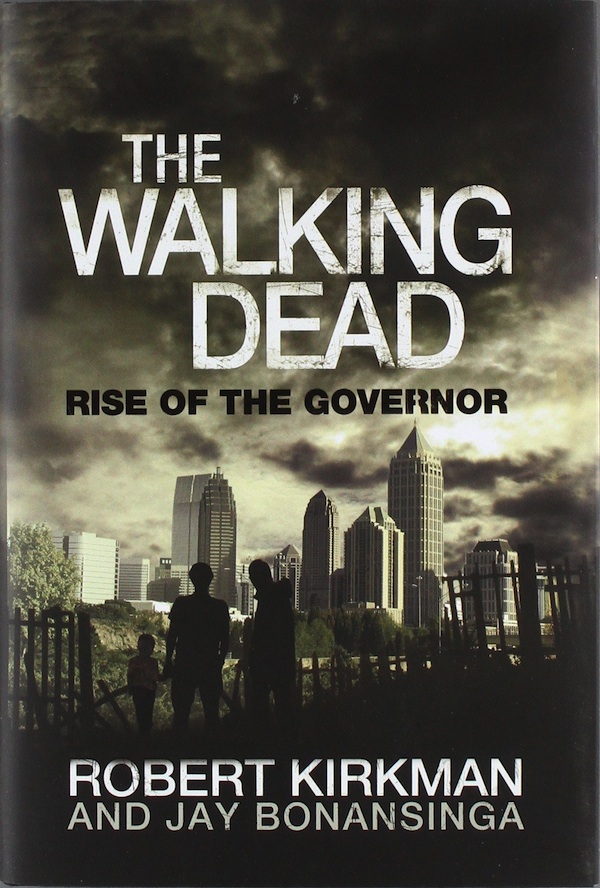 The show is what captured the world’s attention, but the Walking Dead’s roots will always be in books. That’s what Jay Bonansinga was here to talk about at his Walker Stalker panel on Saturday.

Author Bonansinga collaborated with Walking Dead creator Robert Kirkman on the three most recent novels inspired by the comic books, Rise of the Governor, The Road to Woodbury, and the just-released The Fall of the Governor, which tell the tale of everyone’s favorite psychotic, post-apocalyptic leader, the establishment of Woodbury, and how its citizens viewed the arrival of Rick, Glenn, and the rest of the crew.

“Robert Kirkman is God,” Bonansinga stated several times, noting that Kirkman’s ideas, storylines, character arcs, creations, tones, and mythology are what set the stage for every move made in the books as well as on the show.

For each of the three books the duo has teamed up on thus far, Kirkman sent Bonansinga an eight-page outline for the story’s progression. That’s eight pages for a 300-page-long book.

Most of the panel was spent deferring to Kirkman’s brilliance, but Bonansinga is clearly well versed in the world of The Walking Dead and knows all there is to know about the group and their idiosyncrasies. He has to be, if he’s going to mess with their timelines.

He did note that the books and the show have markedly diverged, so “even the comic book readers have no idea what’s going to happen in the show.” But they coincide at arbitrary intervals, taking inspiration from one another whenever there’s something too juicy to pass up.

Though Bonansinga wouldn’t take any credit for the creation—or advancement—of the Walking Dead world in his books, he appears pretty enamored with it nonetheless.

“Andrea is scarred,” he later said. “In the books, she’s just a killing machine.”

As Governor series will be drawing to a close (there’s one more on the table), someone asked the question we were all wondering: Would Kirkman and Bonansinga find another way to continue the book series?

Bonansinga nodded vigorously before responding, “Why wouldn’t they do more books?”