Home Uncategorized Atlanta’s L.E.A.D. nonprofit gets its own Adidas shoes

Thanks to an Adidas collaboration, you can (literally) walk in the shoes of a nonprofit organization looking to change the path of Atlanta’s at-risk youth.

When C.J. Stewart—a member of Atlanta magazine’s editorial advisory board and co-founder of Atlanta’s Launch Expose Advise Direct (L.E.A.D.), a nonprofit uplifting at-risk Black youth through baseball—would flip through sporting goods catalogs for gear, he never saw anyone who looked like him on the pages

“I’d see all these models in there,” says Stewart, who was drafted by the Chicago Cubs in 1996, “but half of them don’t even look like they play baseball. Can you get some bruthas on the wall?” Though that Do the Right Thing-inspired question didn’t lead to any photo shoots for his players, Stewart voiced his frustration to sporting goods rep, who expressed it to someone else, and eventually, it got Adidas’s attention.

From the shoes on Hank Aaron’s feet when he eclipsed Babe Ruth’s career home-run mark in 1974 to the cleats of choice for Black major leaguers like Billy Hamilton today, Adidas has always played a vital role in the African American players’ story on the diamond. So, when the German athletics brand decided part of its Honoring Black Excellence campaign would center around an organization customizing its own shoe, L.E.A.D. was a natural fit.

And, according to L.E.A.D. co-founder and C.J.’s wife, Kelli, you only get that sort of opportunity by proudly walking in your own shoes. “That’s one of the many gifts that we give our ambassadors—permission to show up as your whole Black self,” she says, of the 6th- to 12th-grade boys her group empowers to combat crime, racism, and poverty. “Don’t try to skim who you are. Don’t try to diminish who you are, to make yourself more palatable or more comfortable to a white standard.” 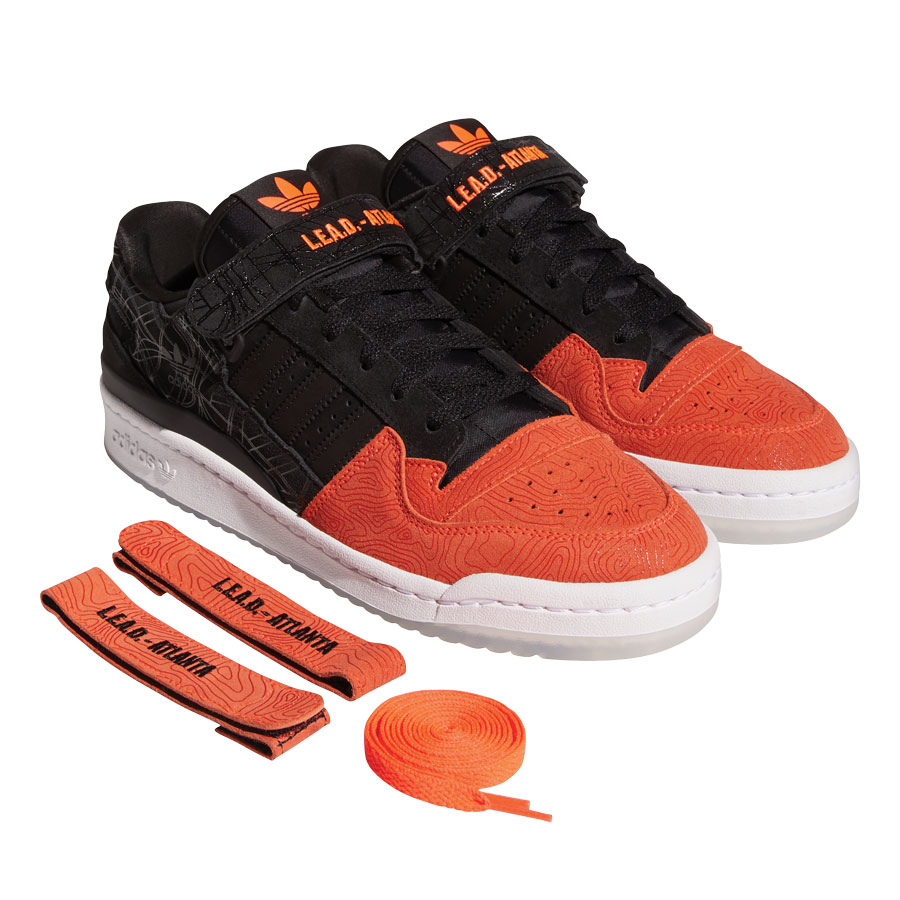 So, when it was time to give a fresh take on the classic Adidas Forum shoe, L.E.A.D.’s youth ambassadors were all in. They embossed a map of Atlanta on the shoe’s heel overlay. They placed “L.E.A.D. Atlanta” on the ankle strap. Oh, and best believe the word “Ambassador” was written in a graffiti print in the translucent outsole.

Adds Elijah Grant, one of the teen ambassadors who worked on the project, “The big message is that, with the right people in your corner, you can do things you never thought existed. Another message is we wanted the shoe to represent our city. We love Atlanta and we wanted the world to have a piece of it when they bought our shoes.”

While not in any catalogs, L.E.A.D.’s Adidas Forum Low sneakers and Lead to Legacy baseball cleats can be purchased somewhere even better—adidas.com and the websites of top retailers like Dick’s Sporting Goods.