Jacksonville may not have a big-conference college, but it still plays host to one of the SEC’s biggest games. The grudge match between Florida and Georgia, which has taken place in the city since 1933, draws more than 80,000 fans, and the attending tailgate has been dubbed “The World’s Largest Outdoor Cocktail Party.” But as you’d expect from the largest city in the contiguous United States, Jacksonville has much more to offer than the annual football classic.

Located on the St. Johns River, with city limits extending to the Atlantic Ocean, “The River City by the Sea” is a paradise for water-lovers. Check out First Coast Outfitters, which offers a wide range of kayak excursions led by naturalist guides. Twenty-two miles of beaches welcome surfers, sunbathers, and stand-up paddle boarders. Be sure to stop in at Jacksonville’s oldest watering hole, Pete’s Bar in Neptune Beach, where beachcombers have gathered for strong drinks and games of pool since 1933.

For more cocktail fun, check out downtown’s Dos Gatos. The neighborhood lounge specializes in the classics, from Algonquins to Zombies, made with house-crafted sours and syrups. For dinner, head to Black Sheep in the funky Five Points district. Order the Mayport shrimp and grits, featuring the city’s culinary staple caught in the waters off the coast of Mayport, a nearby shrimping village. After dinner, it’s an easy stroll to Riverside Avenue, where you can stay the night at Riverdale Inn in the historic Riverside district. In the early 1900s, fifty grand houses lined the avenue, which was then known as “The Row.” Today, the inn occupies one of two remaining mansions. Cap the night at BB’s restaurant, just across the river in South Jacksonville. The in-house bakery offers some of the city’s most celebrated desserts, such as the butter rum pecan pound cake and the croissant bread pudding. 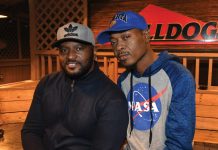 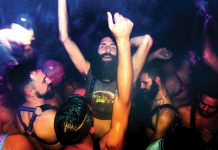