Bon Ton
Darren Carr, who ran Top Flr out of the same building until it closed in November 2015, has partnered with star bartender Eric Simpkins of the Lawrence and chef Hieu Pham of Crawfish Shack on Buford Highway. Their food is a ton of fun—especially charbroiled oysters with Chinese-style XO sauce—but when it comes to the main dishes, fried seafood tends to be better than its boiled counterparts. (The crawfish taste funky either way.) The best of Bon Ton: the bowl of gumbo garnished with shrimp and rice. A colorful bar dispensing hurricane drinks and Sazeracs on tap all but guarantees that this spot will be a party destination. 674 Myrtle Street, 404-996-6161

Mediterranea
Grant Park lucked out when it caught the attention of New York transplants Gerard Nudo and Gary McElroy. Everything about their new restaurant, Mediterranea, comes as a pleasant surprise. It’s located southwest of the zoo inside a commercial building that stood empty for 25 years, and it serves gluten-free and mostly vegetarian Italian food without a hint of preachiness. Menu highlights include a red beet risotto with crispy beet greens, Swiss chard stuffed with assorted grains, and the green shakshuka—and be sure to order the focaccia made with oat flour. 332 Ormond Street, 404-748-4219

9292 Korean BBQ
What matters most at a Korean barbecue house: the right grills (they should use charcoal, not gas), quality meat, and choice banchan. Good ventilation is nice, too. The new—and already crowded—9292 scores on all counts. Young servers navigate the room’s labyrinth of individual cubicles swiftly, cooking beautifully marbled ribeye; never-frozen brisket; and pork neck, shoulder, and ribs tableside. Order one of the special combos, which come with up to seven different cuts of meat, and you’ll get a free pan of gochujang-spiced fried rice with daikon to balance out all that protein. 3360 Satellite Boulevard, Duluth, 470-227-1431

Sankalp
Don’t let the wonky parking lot deter you from this south Indian restaurant. The modest, dun-colored Decatur spot is one of only two U.S. locations of Sankalp, a global chain that launched in Ahmedabad in 1981. The best things on the vegetarian menu come battered: crisp dosa, thin pancakes you can order either plain or stuffed with spiced vegetables; uthappam, which are best described as Indian pizzas; tiny, pure-white idlis, or rice cakes; savory doughnut-like vadas. When it comes to the curries, though, consider yourself warned: Even the creamy coconut milk versions will set your mouth on fire. 1775 Lawrenceville Highway, Decatur, 470-225-6083 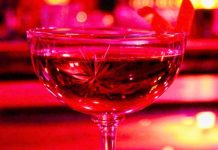