Last month, Korean bun and kimchi emporium Simply Seoul quietly closed the doors to its Ponce City Market storefront. “It’s been an honor to share my food with the community,” Chung posted on her Facebook page. “I am ready for a new adventure.” Chung, who opened Simply Seoul in 2013, is moving to Vancouver, but the kimchi business she built isn’t dying. Tim Song, owner of Korean restaurant Gaja in East Atlanta Village, has taken over.

Song, who is of Korean descent, says he’s confident about the transition because he grew up making kimchi. “My family’s been doing the same thing, but our recipes are slightly different,” Song says. “Just like Italian food, family recipes stem from our aunts and parents and grandparents—but when it comes to the processes, it’s pretty similar.” Song says Chung approached him about Simply Seoul because they’re friends. “We’d both been in the kimchi game for a minute and she liked our stuff and we dug her stuff. When we actually talked about it, it was kind of funny how similar our recipes were.”

Song and his family members, who are also involved in the business, have jumped right in and are already making kimchi. The product will still be small-batch and all-natural—”the kind you make in-house by hand,” Song says. He plans to keep the name “Simply Seoul” for a little while but will change it to “Simply Kimchi” in the near future. And it will still be sold at Buford Highway Farmers Market, Candler Park Market, Decatur Market, Grant Park Market, Little’s Food Store, Rainbow Natural Foods, Wahoo Wine & Provisions, and Whole Foods throughout the Southeast. 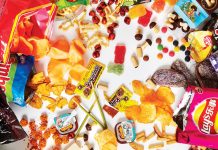