In two short years, Bryan Furman has risen to the top of Atlanta’s barbecue game. The former welder, who started out with a modest ’cue stand in Savannah, now has a rabid following at his Atlanta restaurant, his own herd of heritage pigs (he’s also eyeing a new farm), a third restaurant on the way, and the designation from Bon Appetit as “Georgia’s New King of Barbecue”—not that he’s eager to wear that particular crown.

“I never wanted to be the so-called King of Barbecue of Georgia. I grew up with my dad cooking barbecue, seeing it done on the weekend. My mom, she had me prepping sides. When she would be making potato salad, I would be cutting.

“So, when I would go to a barbecue joint and it was crappy food, it was offensive. My whole dream had been that, once I quit welding, I’m going to open up my own barbecue joint, and I’m going to give a damn about it. It’s just something I do, and I care about it, and it comes from the heart.

“My Brunswick stew comes from my wife, and the coleslaw comes from my grandmother, but I put peaches in it. We raise our own pigs in Statesboro, about 150, 200 pigs. And right now, up in Greensboro, we’re looking at a 300-acre farm. I use all-natural pork ribs for my rib selection, and I use my pigs for my pulled pork.

“Everybody’s barbecue’s supposed to be cooked this way and supposed to be done that way, and I guess I just do it my way—the way I feel that it’s gonna work.” —as told to Jennifer Zyman 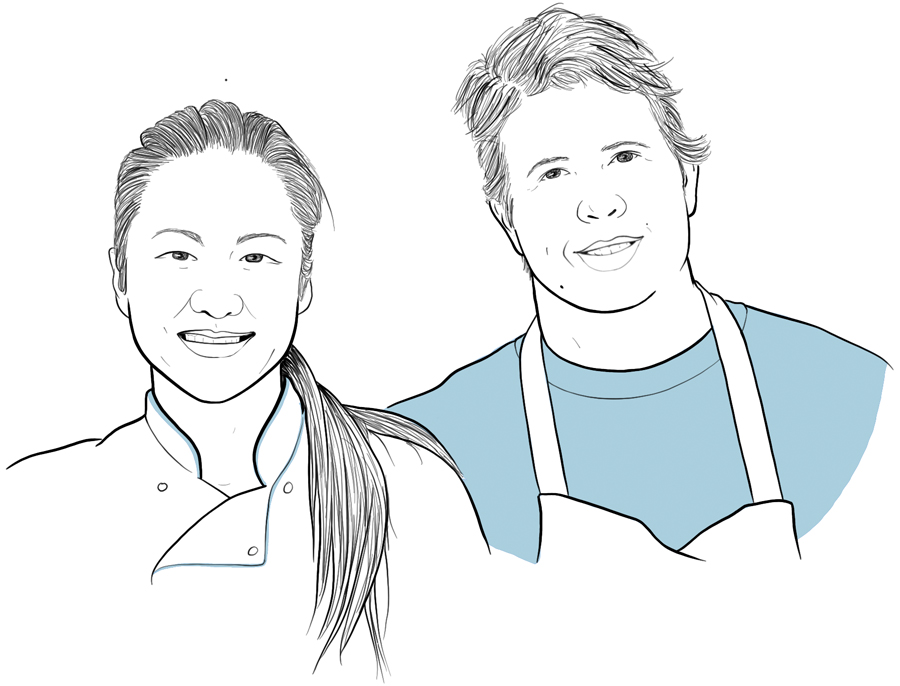 Why is Heirloom Market BBQ so insanely good? It’s not merely that it blends Southern and Korean techniques and ingredients. Rather, it’s that it channels the essence of what makes Korean food extraordinary—through the eyes of chef Jiyeon Lee—and what makes Southern food extraordinary—through the eyes of her co-chef (and significant other) Cody Taylor.

Cody: “When Jiyeon and I started dating, I didn’t know much about Korean food. She opened up a whole new world outside of Korean barbecue and bulgogi and some of the, I’d say, ‘starter’ Korean food. Then, at the same time, I would take Jiyeon to barbecue restaurants. I took her through Texas and to some good places in the Southeast, and we really just connected through food.”

Jiyeon: “In the beginning, actually, Heirloom wasn’t really Korean-influenced. Cody asked me to make collard greens, but I had never cooked collards before. When my grandmother cooked greens in Korea, Napa cabbage or radish tops, she cooked them for a very long time, like collards. I just made them like my grandmother did. I poured in rice wine vinegar and added miso. More and more, [Cody and I] started rebuilding recipes together, family recipes that have a connection with Korea and with the South.”

Cody: “When we set up Heirloom, I was doing most of the smoking, and I realized that gochujang [a Korean red chili paste] was such a great ingredient to capture the smoke. It’s similar to the dry ingredients to make a pork rub or a rib rub.”

Jiyeon: “The green tomato kimchi is Cody’s recipe. I was like, ‘Wow, I never would have thought of making kimchi with green tomatoes.’”

Cody: “I asked Jiyeon, ‘What do you think about making a barbecue sauce?’ And she came up with our KB [Korean Barbecue] sauce—basically sesame oil, soy sauce, and gochujang. There’s a region northwest of Seoul that’s famous for its spicy chicken bulgogi, and the sauce they serve with it is similar.”

Jiyeon: “Some chefs hate the word ‘fusion.’ But I don’t really mind, because it is what it is. Two different things, put together, create something unique. Heirloom is Korean-influenced American barbecue. That’s our identity. But it is very difficult to create good fusion because you gotta understand both sides very well. If somebody said, ‘Oh, is that Korean barbecue or American barbecue? I’m completely confused,’ I’d be pretty sad.” —as told to Jennifer Zyman 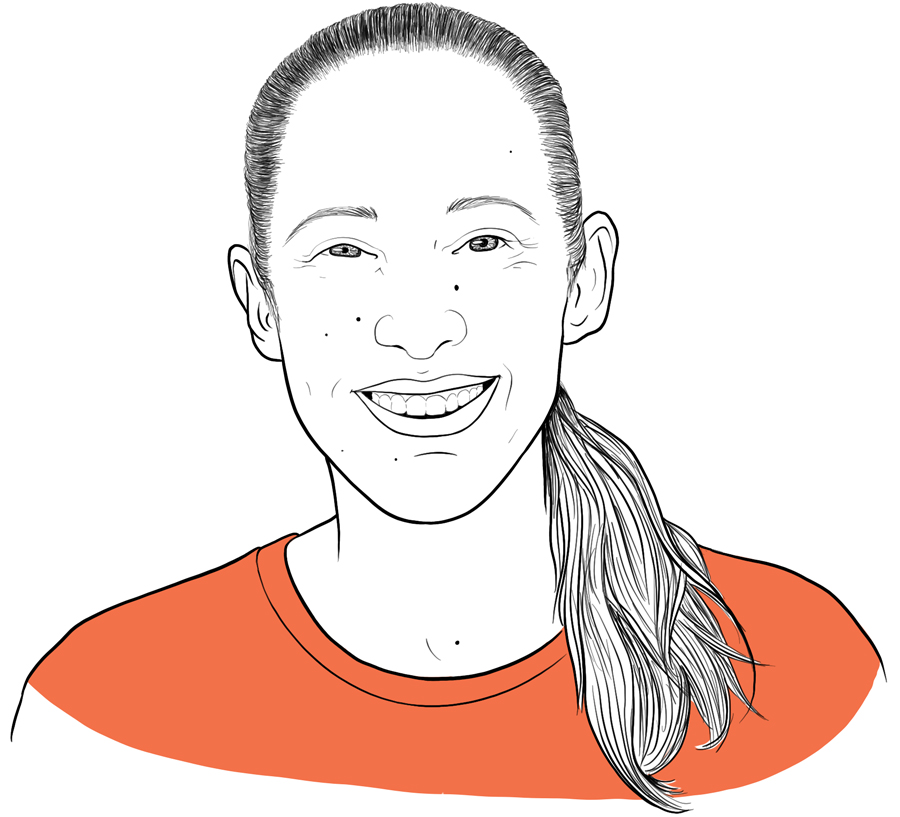 When Stephanie Garner started working at Old Brick Pit Barbeque, the Chamblee restaurant that had been around since 1976 and that her father bought in 2001, she didn’t know the first thing about barbecue. But she learned fast. Not long after her aunt assumed ownership of the restaurant in 2011, Garner became its pitmaster, nailing the consistency and style that Old Brick Pit’s loyal clientele demands.

“It is kind of tricky, to keep the smoker at the right temperature. But once you get it down, you start to know exactly how many pieces of wood to have in there, exactly how long to cook the meat.

“We smoke the ribs, then take them out and soak them in apple juice, then cook them for another couple of hours after that. The next day, we put them on the pit that we have inside—it’s an actual brick pit—and do the basting sauce. They stay on that for about another two hours and get more of the smoky flavor. And we only use hickory wood.

“I know most places have guys [cooking the meat], but to be honest, I think females in the kitchen are more precise. Guys kind of do as they do, but the girls, we take our time.” —as told to Jennifer Zyman

Check out the full list of Atlanta’s 10 Best Barbecue Restaurants.

The verdict on 3 new Atlanta restaurants: Glide Pizza, APT 4B, and BBQ Cafe