King Duke named one of Esquire’s Best New Restaurants
Last year, Ford Fry’s the Optimist was named Esquire’s best new restaurant of the year. Fry is on a roll with the magazine’s food writer, John Mariani, who names Fry’s newest spot, King Duke, to his 2013 list.

Sobban opens, closes, and re-opens
The Heirloom Market BBQ team opened a Korean-Southern diner called Sobban last week. Located in Decatur, the restaurant opened briefly, serving ssam, dumplings, and noodle dishes; then closed to “work out some kinks,” according to Eater Atlanta; and is now back open.

Rathbun’s offers cooking classes
Recently re-opened after a 4th of July fire, Rathbun’s released its cooking class schedule last week. The $400-per-person class cost includes a three-hour session, plus appetizers and a four-course dinner for the attendee and a guest. 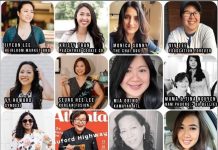