Making whiskey under Georgia’s restrictive laws requires patience, as Jim Chasteen and Charlie Thompson will tell you. Five years after launching Atlanta-based ASW Distillery, the pair finally ran liquor through their custom copper stills for the first time last month. Until then, they had to outsource production of their bourbon and whiskey to a distillery in Charleston. “Our goal was always to bring production to Atlanta,” says Thompson. The facility on Armour Drive, just around the corner from SweetWater Brewing Company, is now open for tours and tastings. After learning about the distillation process, visitors can pull a stool up to the wooden bar or kick back in a comfy lounge and sip away. Next up on the production slate: bourbon made from corn from Georgia’s Riverview Farms and brandy made from Mercier Orchards apples. 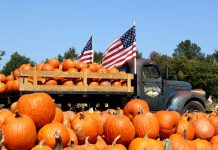 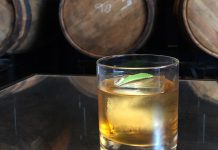 Why add beeswax to your bourbon? Introducing: the wax-washed cocktail.