The Atlanta Streetcar
Granted, the first streetcars to roll through Atlanta since 1949 will travel only a 2.6-mile route connecting one cluster of tourist attractions (the World of Coke and its Centennial Park neighbors) to another (the King historic district) via blighted stretches of Auburn and Edgewood avenues. But we’re still cheering for this first effort to reconnect sections of the city ripped apart by 1950s and 1960s highway construction and hoping that locals join tourists on the streetcar, slated to debut in the latter part of 2013.

The tipping point If Georgia State students and Downtown workers ride the rails along with sightseers, it’ll boost sorely needed revitalization in the Sweet Auburn corridor. In the longer term, more funding is needed to complete the north-south streetcar line and connect it to the BeltLine and MARTA stations.

Lifelong Communities
Atlantans are getting old, and it’s going to be tough. To put it bluntly, how does a car-centric city cope when it’s time to take away the keys from our aging parents? Here’s one solution: Lifelong Communities, a rebirth of walkable town centers in areas that predate the automobile, and the creation of such centers by retrofitting suburbia.

The first wave of change is coming to a three-mile radius around Floyd and Clay roads in Mableton. Partially vacant strip centers and warehouses are slated to become townhomes and duplexes, with a new grid of streets spawning pocket parks, shops, and cafes. So far Mableton has a new farmers market, a community garden, improved sidewalks, and a revised zoning code. Larger-scale redevelopment remains in planning stages until the economy improves. But Mableton is a national model, one of thirteen demonstration projects funded by the U.S. Administration on Aging.

The Atlanta Regional Commission is also working to apply the Lifelong Community concept elsewhere, including East Point, Morrow, Conyers, Gwinnett Place Mall, and pockets of Clayton County and the City of Atlanta. “Our focus isn’t to set up retirement communities. It is to create communities for all ages and abilities,” says Laura Keyes, community development manager in the ARC’s Aging Services Division.

The tipping point  The housing market, still recovering from the foreclosure crisis, will need to stabilize before this moves from “initiative” to “implemented.”

The Multimodal Passenger Station
The long-planned, still-awaited transit center for the heart of Downtown would accomplish two big goals: First, it would re-repurpose old freight lines to connect MARTA, light rail, and buses; secondly, it would transform that crater referred to as “the Gulch” into a hub of transit, retail, and residential options.

The tipping point Right now planners are slogging through red tape (impact studies, master planning, etc.), while the larger question will be funding.

The Year of Boulevard
City Councilmember Kwanza Hall declared 2012 the Year of Boulevard and decided to do something about a notorious street everyone merely talked about for years. The project brings together public and private groups, cops, social service agencies, and the operator of the Southeast’s largest Section 8 housing development. The goal: Create a safer, more vibrant community without repeating the patterns of gentrification and displacement that have happened in other intown areas. If successful, this could be a model for parts of Atlanta that have even higher crime and poverty rates than Boulevard.

The tipping point Six months in, the effort was tracking impressively. But the toughest pieces of this public policy puzzle need to be tackled: jobs for residents and redeveloping the area without driving 700 families from their homes.

One Thing We Wish We Could Root For: A K-12 Education Breakthrough
The most impressive local K-12 effort is Erroll Davis’s systematic diffusion of the Atlanta Public Schools cheating scandal. This will restore confidence in City of Atlanta schools—and by extension those throughout the region, which, fair or not, are tarnished by the APS disgrace. Georgia ranked forty-eighth in 2011 SAT scores and, despite gains, still rates below average in every NAEP (National Assessment of Educational Progress) score for grades four and eight, dismal results we can’t blame on APS cheaters.

And Davis is just on cleanup. Where’s a big, bold idea to move our public schools out of the lower tier? Think how the HOPE Scholarship spurred the quality and reputation of our public universities. What about incentives to attract the best K-12 teachers to Georgia—and keep them here? 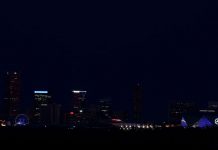