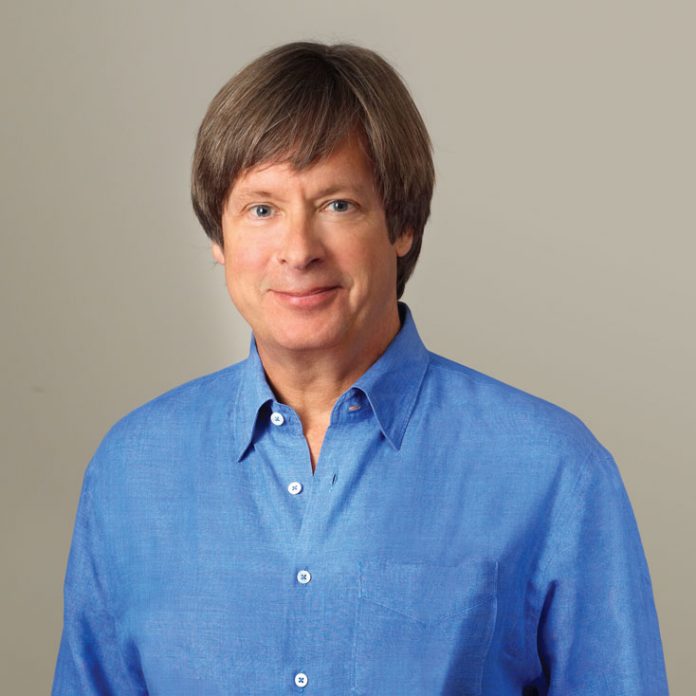 Dave Barry comes to the Jimmy Carter Library February 13 to discuss his novel Insane City and on Valentine’s Day addresses the Atlanta Press Club. The former syndicated columnist explains why “tweet whore” is such a sad occupation.

Insane City involves Russian gangsters, an orangutan named Trevor, and a fake pirate ship that fires chicken nuggets. How many margaritas did it take to devise this? The plot was actually hatched over alcohol on a sailboat in the Virgin Islands. My wife and I were with her cousin and her husband, and I had this very loose idea about a young guy on his way to get married and he encounters this illegal Haitian woman; he has to choose between his beautiful bride-to-be and helping this mystery woman. We ended up talking for hours about what would happen next. Alcohol was involved. The next morning, none of us could remember the plot we created.

Your protagonist, Seth, is paid to send out Twitter testimonials. When did you realize “tweet whore” is an actual job? I was trying to think about the saddest thing about this sad economy and this generation of kids coming out of college and there are no jobs. I ended up on a plane a year ago with a kid who told me he got paid by how many hits he received on Twitter. I remember thinking, “God, that sounds sad.” I knew it would be perfect for Seth.

When you address the Atlanta Press Club, what advice will you give those toiling in newspapers? Um, “Get out”? I don’t have any great advice. I wish I did. The biggest problem is, we all worked in an industry run by English majors.

Photograph by Daniel Portnoy. This interview originally appeared in our February 2013 issue.