Ryan Pernice has invigorated downtown Roswell with two of the busiest restaurants in the area: Table & Main and, across the street, Osteria Mattone. The former is set in a renovated homestead and offers simple Southern food with an emphasis on vegetables (blackened cabbage with roasted sunchokes, Brussels sprouts with bacon hollandaise). Don’t stick to just the veggies, though: The golden fried chicken is a must. We’re watching as Pernice opens a third restaurant, Coalition Food and Beverage, in Alpharetta later this year.

Back to 50 Best Restaurants in Atlanta 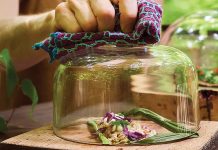 At Atlanta’s oddest restaurant, you get a five-course meal alone in the woods