Atlanta restaurateurs are banding together to speak out, show support, and raise funds for immigrant families torn apart at the border.

This week’s proliferation of news reports, footage, and sounds from border detention facilities, where children forcibly and traumatically separated from their families are being held in chain-link cages, inspired Atlanta’s Paul Calvert and Sarah O’Brien to raise funds for immigrant rights organizations and encourage their food and drink industry peers to do the same.

Editor’s note: According to O’Brien and Calvert, the initiative, which started in Atlanta and spread nationally, raised $52,695 for RAICES in four days.

In an email sent on Monday afternoon to more than sixty operators, Calvert and O’Brien (of Ticonderoga Club and Little Tart Bakeshop, respectively) wrote: “We believe that the most impactful thing we can do right now is use our collective financial power and raise some money for the folks on the front lines trying to reunite families.” The couple pledged to allocate 10 percent of all proceeds raised at their respective businesses this Saturday, June 23, to the Refugee and Immigrant Center for Education and Legal Services (RAICES), a Texas-based nonprofit that provides asylum-seekers and immigrant families with legal assistance and immigration bond funds.

Since Monday, Calvert says, more than a dozen businesses in Atlanta and around the country have signed on to join their efforts. “The response from the Atlanta restaurant community has been really incredible and entirely expected,” Calvert says. “Our community is a great one, it’s a group of people who’ve always stepped up. Not that long ago, we got $20,000 together in a matter of a week for Houston flood victims. It feels like every time we ask, there are tons of people who come through.”

This Saturday businesses across the country are donating a portion of their sales to @raicestexas to support and reunite families who have been separated at our southern border. Know a business who might want to participate? Please tag them below, or DM me for more information.

On Wednesday afternoon, President Trump signed an executive order to end the policy of separating of children from their families at the border, seemingly reversing his administration’s stance on the practice. “It doesn’t matter that the policy has been reversed,” Calvert says. “There are still well-over 1,000 parents separated from their kids who need money to post bail and get back to their children. We can do this on Saturday and keep doing more to right this absolute and unambiguous moral wrong.”

As of now, the lineup of participating restaurants and bars includes Kimball House, the Optimist, Sound Table, Ria’s, the General Muir, Queen of Cream, Revelator Coffee, Miller Union, and Empire State South, whose owner, Hugh Acheson, has vocally expressed his opposition to the “zero tolerance policy” on Twitter this week, tweeting on Monday, “I may go broke but . . . if you believe in taking kids from their families when the family is seeking asylum, I never want to have you in any of my businesses. I have to answer to God and my children in this life.”

Participants beyond Atlanta include PDT in New York, Willa Jean in New Orleans, Todd Thrasher’s restaurants in Washington, D.C., Back in the Day Bakery in Savannah, and the Expat in Athens. Calvert says each business plans to donate 10 percent of their proceeds, “or whatever they can afford.” See the current list of Atlanta participants below:

Separately, Proof Bakeshop in Inman Park is hosting a cookie fundraiser. For each cookie sold, the bakery plans to donate $1 to RAICES and Border Angels, a migrant advocacy and outreach group that organizes water drops along migrant routes along the U.S.-Mexico border and offers free legal counsel to San Diego County immigrants.

We’ll update the list as restaurants sign on. Eater Atlanta also has a list of coffee shops who are raising money for border families this weekend.

Editor’s note: This story was updated with Paul Calvert’s comments about Trump’s executive order, as well as with additional participating restaurants. 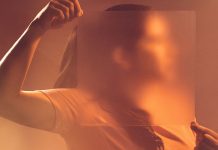 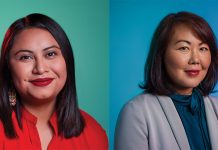