Compiling a list of the 55 most powerful people in a metro area of almost 6 million carries no small amount of risk. First, limiting it to 55 is to implicitly acknowledge that we live in an oligarchy, in which the few have dominion over the many. Well, is that wrong? Consider just the top 10 on our list—politicians, businesspeople, philanthropists—and the forces they can muster: money, people, vast technologies, personal charisma, not to mention the influence that comes with their titles. Which brings us to another risk of compiling a power list: defining what power is. When we were at loggerheads over whom to include and whom to leave off, we came back to a central theme: The person had to have a direct hand in shaping the metro Atlanta of today. Not yesterday, not tomorrow, but now. Then we decided to rank them, which is when it really got interesting. Developers up against radio hosts? Politicians against rappers? Educators against CEOs? You can imagine the arguments.

So here it is. The 55 most powerful, as seen by us, today. The only thing we know for sure is that by tomorrow, it could all change. 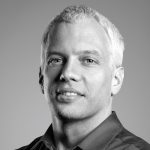 The new guard: 10 up-and-coming Atlantans who are next in line 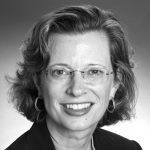 Global players: 9 Atlantans in charge on the world scene 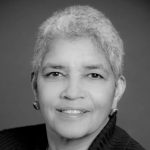 Steve Fennessy - September 21, 2015
After he was photographed for our October cover, Mayor Kasim Reed chatted with Atlanta magazine editor-in-chief Steve Fennessy for a discussion about his second-term goals, the future of Turner Field, how fatherhood changed him from a “selfish” man, and what’s next. 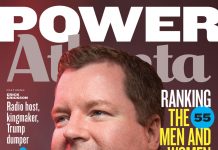 The uncompromising conservatism of Erick Erickson

Max Blau - September 22, 2015
In a lengthy discussion with Atlanta magazine, Erickson reflects on the now-infamous RedState Gathering, the international origins of his fascination with American politics, his own experience as an elected official, and his long-term aspirations.

Lessons and wisdom from Atlanta’s most powerful

Atlanta Magazine - October 1, 2015
19 of Atlanta's 55 Most Powerful share words of wisdom and lessons they've learned about how to acquire and apply power

A look inside Atlanta’s halls of power

Atlanta Magazine - October 1, 2015
We take a look behind the scenes were the strings are pulled and the wheels are turned

Keith Parker puts us back on track

Max Blau - October 8, 2015
MARTA CEO Keith Parker's biggest project yet is the construction of three new rail lines expected to cost upwards of $8 billion. In MARTA’s history, the ambition of Parker’s expansion plan is rivaled only by the ambition behind the agency’s creation five decades ago.